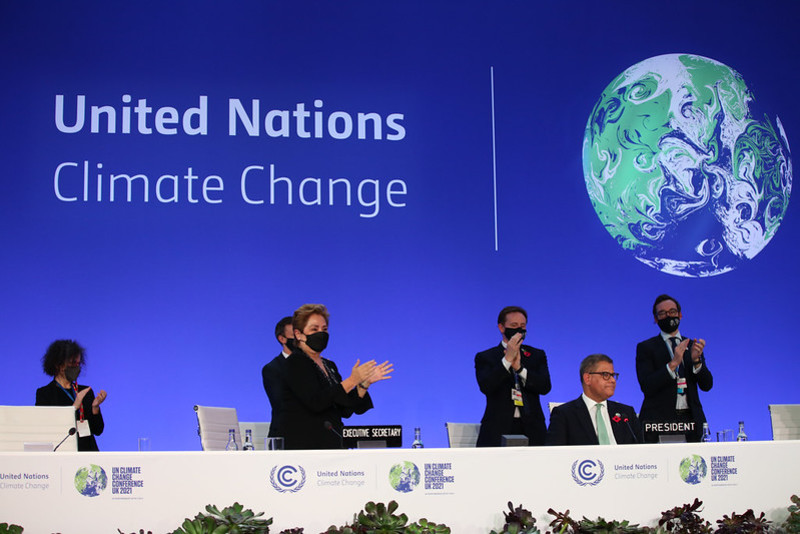 While no one came away from Glasgow with everything they wanted, there are a number of significant areas of lower profile progress, alongside the headlines, that give hope, argues Mike Scott

Going into the COP26 UN climate talks held in Glasgow, expectations were so high that when the gavel finally came down, there was something for everyone to be disappointed by.

The talks, delayed a year, held under the continuing cloud of the Covid-19 pandemic and in the wake of a year of climate-exacerbated wildfires, floods, storms and heatwaves, were one of the “important COPs” because nations were due to return with stronger emissions reduction plans under the Paris Agreement’s ratchet mechanism.

On that front, there were improvements, but they were not enough – which was perhaps the overriding theme of the conference. Before the summit, 151 countries, including, crucially, China, submitted new NDCs (nationally determined contributions) and a number announced new targets in Glasgow. Most notable was the Indian prime minister Narendra Modi’s pledge that India would source half its energy from renewable sources by 2030 and become net zero by 2070, while Nigeria said it would do the same by 2060.

Chris Stark, chief executive of the UK’s Climate Change Committee, says that there is now greater recognition that ambitions must be increased. “NDCs aren’t in the right place for limiting temperature rises to 1.5C, but there is a clear recognition now that the next decade is critical. We weren’t really talking about 2030 until now.”

Richard Black, advisor to the Energy and Climate Intelligence Unit (ECIU), says that while the language on coal was watered down (from “phase out” to “phase down”) under enormous pressure from India, China and the US, “if you had said you would get that language before COP26 started, people would have bitten your hand off”.

There was important progress on deforestation, with more than 130 countries saying they would “work collectively to halt and reverse forest loss and land degradation by 2030”, while a new pact on forest, agriculture and commodity trade (FACT) will promote sustainable trade between commodity producers and consumers.

Perhaps more important was the deal between South Africa and the EU, US, UK, France and Germany under which Africa’s largest economy will be paid $8.5bn to help it shut down coal plants in an equitable way. The deal was explicitly framed as a potential model for other heavy coal users to do the same, and may go some way to getting finance moving from rich countries to developing nations.

There were also signs that the focus on oil and gas producers will now increase, not just through the methane agreement but the launch of initiatives such as the Beyond Oil and Gas Alliance (BOGA) and the Global Registry of Fossil Fuels.

BOGA, launched by Costa Rica and Denmark, had a fairly humble beginning, bringing together countries such as France, Ireland, Sweden and Greenland – not exactly oil or gas powerhouses. But with countries such Greenland ruling out the exploitation of their huge reserves, and Ireland pledging not to use state funds to invest in oil and gas, it points to how the industry will face future constraints on access to both physical resources and finance.

The registry, meanwhile, will shine a spotlight on the existing and planned projects that will take us past our carbon budget, providing a way for scientists, civil society, investors and governments to pressure companies and nations to cut production and emissions. Prof Nicholas Stern, author of the seminal Economics of Climate Change report, pointed out that “this was the first COP where the private sector and finance were out in front”.

While Mark Carney’s trumpeting of the Glasgow Financial Alliance for Net Zero’s $130trn in assets was a bit overblown, the fact is that a huge amount of money is now explicitly committed to looking for green projects to invest in. Increasingly this will be for economic reasons as well as environmental ones.

And there will be a growing number of places they can put their money. More than 40 countries, including the US, China, India, Australia and the UK, endorsed the Glasgow Breakthroughs. These aim to accelerate the rollout of clean power, zero emission vehicles, low-carbon steel, low-carbon hydrogen and more sustainable agriculture.

Another wave of money should be unleashed by the agreement, finally, of rules on carbon markets and carbon trading, Article 6 of the Paris Agreement. Chris Iggo, chief investment officer at AXA IM, says that “a new global carbon trading market is starting to take shape”. He says that it remains to be seen exactly how the system will work, and how it will be scrutinised to avoid greenwashing. “Still, this could allow companies to channel investment into green projects and could be an important step towards the emergence of a global price for carbon.”

Another move that will make it easier to channel investments towards emissions cutting projects is the establishment of a new International Sustainability Standards Board to develop globally consistent standards for climate and sustainability disclosures. “This addresses a key challenge facing investors, who need reliable, good quality, comparable information on sustainability factors to make investment decisions,” Iggo says.

Developing countries were disappointed (furious is probably more accurate) at the continuing lack of progress on payments for loss and damage already being caused by climate change, but there was the promise of more finance for adaptation. This is equal to $40bn per year by 2025, and the final text of the Glasgow Climate Pact starts the process of delivering a global goal on adaptation, which should lift the issue up the agenda in years to come.

Ultimately, Richard Black points out, most new commitments are not made at COP. “COP is there to measure progress. This COP called out fossil fuels for the first time ever, sorted out the rule book, sorted out adaptation finance and there is now a proper process in place for loss and damage. These are really important steps forwards.”

There is also a clear recognition of what needs to be done and that we are not there yet, with countries urged to return to COP next year in Egypt with stronger emissions reduction commitments. And we are seeing more tools emerge that enable a new level of transparency on what we need to do, how we can do it, and who is and isn’t embracing the challenge.

As always, there is much that could have been better about COP26, and those things are plain to see. But there was a lot of movement in the right direction, too, that was not obvious at the time.