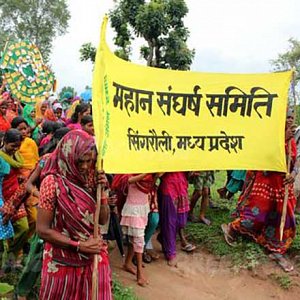 Is it becoming easier for activists to engage with companies on deforestation issues? To what extent are brands becoming more aware of how their businesses impact on forests?

Approaching a company has become considerably easier as deforestation is more widely recognised as a serious environmental problem, and a corporate brand risk. Companies are seeing that many of their corporate peers are becoming engaged on the issue, and the decision by the Consumer Goods Forum to prioritise work to tackle deforestation sent a clear signal that this is an urgent sustainability issue that needs to be addressed.

The higher profile that international climate change negotiations have achieved, and the fact that deforestation is seen as a key part of the debate is also very helpful. It is easier for NGOs to make the point to companies that they need to address deforestation too. Campaigns that have focused on so-called charismatic mega-fauna – species like orangutans or tigers – have also helped raise the awareness about brand risk.

How do you achieve the right balance between campaigning against companies and working with them to improve things? How comfortable do you feel when sitting down with a company that’s previously been part of a campaign?

We like to say that we have no permanent enemies or friends, it depends on the actions that companies take. Large companies that have been engaged in deforestation or other unsustainable practices aren’t going to go away, so at some point you have to engage with them if change is going to happen.

If there is sufficient evidence that they are engaging with the issues at a senior level and if there is evidence of credible commitments on the table then it’s at that point that the balance can change for us, moving away from campaigning against companies into more positive engagment with them.

Increasingly important as part of the deforestation piece is about what to do about previous practice – and whether companies are prepared to make conservation commitments that help address this. It’s particularly relevant where there are certification schemes with cut off dates – such as FSC or more recently RSPO. Should there be a pathway back for companies that continued with deforestation after these cut offs?

Asia Pulp and Paper is a good example of a company making progress, with a recent strong commitment to support conservation projects in Indonesia over an area of up to one million hectares, which matches the area they have under plantation. APRIL, part of the RGE group and the second largest pulp company in Indonesia, has made similar statements though has done so whilst still continuing to rely on rainforest destruction – this is obviously not credible from our perspective.

When you bring companies to the table you need to identify the most at-risk and valuable forests – a big task. How do you identify the most important areas of forest that should be the priority for protection?

The first thing is about halting clearance whilst discussions take place and decisions get made about what areas to protect. “Talking and logging” is a no go from our perspective.

Getting independent conservation assessments implemented is a key part of the solution, including assessments that identify areas that can still be viable forest. For that satellite imagery has become very important. It can sometimes be difficult to differentiate between plantation and natural forest and that’s when you need teams that can go and analyse the situation on the ground. It is also critical that any development is on the basis of local communities having given their free prior and informed consent.

Following such assessments, companies need to develop integrated forest management plans for the areas set aside for conservation. This process should look for large scale conservation gains. Protecting small isolated forest fragments inside a sea of industrial scale plantations isn’t much of a win for forest conservation.

How has the role of regulation been changing the deforestation debate?

A country can have great regulations for forest protection on paper, but if a lack of governance means that these laws are ignored and that the relevant paperwork can be bought, then we are no further ahead.

Also, legality and sustainability are not the same thing – there is a lot of legal deforestation taking places in countries around the world. We can identify legal risks in the supply chain – and companies obviously do stand up and take notice of these. But addressing these legal risks doesnt solve the deforestation issue.

We’re a long way from a situation where there will be demand-side regulations that would require timber or agricultural products to be legal and sustainably produced. In the absence of such measures we and others continue to press hard for voluntary approaches based around the actions of companies that at least start to address these issues.