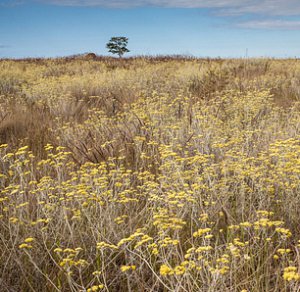 Despite a blip between 2015 and 2016, when the deforestation rate jumped 16% and 29% respectively, annual tree loss in the Brazilian Amazon has been consistently slowing. Data from Brazil’s national space agency, INPE, suggests deforestation rates have fallen again this year, by 16%.

It is a situation that has been well documented, not least because of the constant government threats to reverse environmental protection laws in the drive to boost economic development.

But what is less well known is the impact of forest protection on the Brazilian Cerrado, the tropical savannah and grasslands home to 5% of the planet’s biodiversity.

Rather than destroy forests for development purposes, it seems that some agri-businesses have simply shifted their attention to the less-protected Cerrado to fulfil their agricultural expansion needs. According to INPE, almost 19,000 square kilometres of the Cerrado was destroyed between 2013 and 2015, with expanding cattle ranches and industrial-size agricultural production largely to blame.
Manifesto for action

Unsurprisingly, campaign groups have responded. More than 40 Brazilian environmental groups and NGOs have signed a Cerrado Manifesto urging companies to take action in protecting the Cerrado – particularly those that buy soy and meat from the region, as well as their investors.

In much the same fashion as similar accords and commitments, the manifesto asks companies to adopt policies to eliminate both deforestation and conversion of native vegetation from across their supply bases.

The extra challenge posed is that laws to protect the biome are week. Around 85% of the conversion of the Cerrado’s native vegetation into soy plantations, for example, is legal under the Brazilian Forest Code. Of course, this sits at odds with many corporate zero-deforestation commitments and, in theory, most buyers, retailers, and consumer goods companies who buy their agricultural commodities from the region are unlikely to be compliant with their own commitments.

However, the manifesto points to around 40m hectares of degraded areas across the Cerrado that could be prioritised for planting, particularly soy.

Not a new problem

“The manifesto is a useful contribution: a fairly modest request for dialogue over how to steer future development in the Cerrado over cleared areas. That is something everyone agrees is a good thing, even the Brazilian government,” says David Cleary, director of agriculture at The Nature Conservancy.

He also says that, while encroachment on the Cerrado has long been recognised as a potential danger, in fact it’s nothing new. “The Cerrado is a much more established area for soy and cattle production because it is closer to Brazil’s large urban markets and ports.”
Cleary argues that in fact the problem is less about displacing pressure from the Amazon, and more about decelerating the expansion of agri-businesses in the Cerrado, which, he points out “has been going on for a long time”.

A number of the biggest agricultural buyers have responded to the manifesto, including McDonald’s, Unilever, Nestlé and Wal-Mart, saying they are committed to the principles set out in it and promising to play their role in halting the loss of native vegetation in the Cerrado.

Elsewhere, there are some important pockets of work going on, including the Cerrado Working Group (formed out of the Soy Working Group). This sees corporates working to find solutions in partnership with NGOs, including developing land use analysis tools which help to identify “go” and “no-go” zones for planting.

However, solutions to curb environmental destruction will have to be holistic, taking into account multiple challenges – from land degradation and water, to carbon, pollution and livelihood needs.
While the Cerrado Manifesto offers no concrete route to success, it has at least put the subject centre of mind for companies who will now find themselves under increasing pressure – not least from campaigning NGOs and their own customers – to avoid further fuelling destruction of the Cerrado, by speeding up action and being more transparent about their progress.
Cleary’s advice: “Don’t stop sourcing from the Cerrado. My worry about advocacy campaigns is that the simplest response is for companies to switch their sourcing to the US. But if that happens the field is open for the most difficult people to work with. So, keep engaged and be part of the solution.”

Join leading corporate experts from Cargill, Bunge, M&S, Danone, Mondelez, Olam and many more to debate the pressing business and deforestation risks in London on 14th-15th November. For full details and how to regsiter, click here.