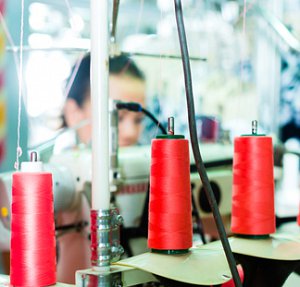 It’s almost four years since the Rana Plaza disaster in Bangladesh, when more than a thousand factory workers lost their lives as a result of poor health and safety practices, and building maintenance checks.

The period since has been not been easy for the Bangladeshi apparel sector. As well as tackling factory safety, it has had to get to grips with apparel-trade competition from other low-wage economies in southeast Asia, and more recently from increased protectionism in the US, and the forthcoming implications of the UK’s exit from the EU, for example.

The Bangladesh Garment Manufacturers and Exporters Association (BGMEA) says that export earnings have been languishing in recent months, with overall exports falling almost 6% compared to the same period in 2016.

And now, while there has been progress on safety, the sector stands accused of losing momentum in dealing with what has remained a major challenge: worker rights. A recent official warning from the EU, which currently accounts for around 62% of all Bangladesh’s garment exports, is further pressure for the sector to properly get its house in order.

The European commission says that it is essential Bangladesh implements recommendations made by an International Labour Organisation committee in 2016, or risk being shut out from the current beneficial tariffs system – known as the Generalised Scheme of Preferences – that it currently enjoys.

The ILO’s recommendations focus on workers’ right to association and collective bargaining –essential mechanisms for workers to highlight workplace concerns such as safety issues or labour rights breaches.

For now, Bangladesh gets duty-free access to EU countries for all products under the Everything But Arms preferential tariff scheme. A failure to tackle workers’ rights in a meaningful way may mean those privileges will be removed, a move which might see a 12% tariff applied to imports into the EU from Bangladesh. It is a clear and open threat – and one that will have stark implications for fast fashion brands, who may face no option but to move operations to factories in other countries.
What progress?

The EU’s move raises once again the question that has been asked ever since the Rana Plaza factory collapsed in April 2013: what progress has really been made to improve the situation overall for the hundreds of thousands of garment factory workers?

In the immediate aftermath of the disaster, a flurry of activity saw brands, retailers and suppliers sign up to commitments and make pledges to bring the Bangladeshi industry into line with safer practices.
There is evidence of improvements. Debbie Coulter, head of programmes at the Ethical Trading Initiative describes the progress made in the last four years to improve workers’ rights as “significant”.

She says that positive change has been greater in relatively easy-to-fix areas, such as occupational safety and health. “But there has also been movement on the more challenging issue of workers’ rights” – and this is despite recent worker unrest and subsequent government crackdowns.

Coulter highlights the Bangladesh government’s reaction to the international campaigning, which included advocacy by global companies and threats to boycott industry events in Dhaka, that followed the arrests of trade unionists in January. “They were freed. That in itself is hugely important and indicative of changing attitudes, both within Bangladesh and international brands.”

So, progress is happening, and BGMEA president Siddiqur Rahmans is adamant the EU will not follow through in scrapping the existing trade facilities because of the efforts being made to address workers’ rights.

As Coulter adds, though, tackling safety issues can be very slow and business models that penalise workers still need to be addressed. She argues that there must be greater recognition that it is the responsibility of both global buyers and local suppliers to help ensure decent work. “The often very low prices paid for products made in Bangladesh … certainly adversely impact wages and working conditions.”

But whether the EU does follow through on its threat to penalise Bangladesh or not, perhaps the real lesson from Rana Plaza is that brands and their supplier factories must continually meet the commitments necessary for behaviour change to avoid something similar happening again.