Back on the development goals merry-go-round 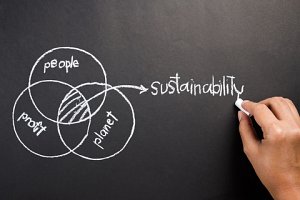 At a UN summit scheduled to be held on 25-27 September this year, the 192 UN member states will almost certainly adopt the sustainable development goals (SDGs), the successors to the millennium development goals.

Two years in preparation, the SDGs will set out (as they are currently drafted) 17 inter-governmentally agreed goals aimed at providing a shared route for taking the world closer to sustainable development over the period 2016-2030.
Leaving aside final content of the SDGs, which are also the subject of increasing discussion in business and civil society quarters around the world, it is not too early to ask the “so what then?” question.
What impact are the SDGs intended to have, and on whom? And how can the governments making up the UN increase the chances that their SDGs create fresh momentum – and not polite yawns – on the part of the wider community?
Confused and underwhelmed?
It is critical that negotiators recognise that there is a real risk of a “here we go again” (or, worse, a totally confused) reaction from an underwhelmed private sector when the SDGs are launched.

The reasons for this possible response are worth recalling.

Most senior CEOs and sustainability practitioners still recall that in 1992 the UN adopted a so-called Agenda 21. This admirable document set out a detailed list of recommendations, including many directed specifically to the private sector, to ensure that adverse environmental impacts of business activity were reduced and the positive social impacts improved.

Fast forward another decade, to 2002, they saw the Johannesburg Plan of Implementation agreed by the World Summit on Sustainable Development. Ten years on from that, the Rio+20 commitments were agreed in 2012.
Commitment string

And, not to be forgotten, over the same period there have been a string of other UN commitments around specific sustainability issues, including climate change and biodiversity protection among many others.

While some governments and businesses sought to implement these recommendations in regulations, standards and business codes, for the most part they had little impact on mainstream business around the world.

Share prices went unaffected, corporate governance processes gave no consistent attention to environmental and social issues, and most governments failed to coordinate or align their finance, trade and economic policies with their sustainability engagements.

And so, nearly a quarter of a century later, the real costs of carbon pollution, poverty and social exclusion and resource depletion continue to go largely unrecognised and unpriced. For developing countries, private capital flows have become more important than official development assistance.

Most business surveys and interviews on sustainable development give a clue as to the reasons for cynicism towards the SDGs.

Even where CEOs assess that governments are correct in their assessments of the urgency of addressing sustainability issues, and that these will create an entirely new business landscape, there is a pervasive sense that governments will not be able to deliver on their own commitments.

Whether one thinks of the deadlocks in the US Congress, the challenges that a slowing world economy pose for China and the EU, or of the many countries suffering severe social, political and economic disruption in other parts of the world, it is easy to share this concern.

These are among the many reasons why careful thought needs to be given now to the post 2015 SDGs implementation agenda. Here are a few suggested points for consideration.

What the SDGs mean for business: Every alert UN body and consultancy will be already preparing publications on what the SDGs will mean for business. Governments should encourage this interest, both by funding it and planning on hosting meetings from 2016 onwards to ensure a deep, practical and ongoing conversation on how the business sector can benefit from the SDGs and help deliver the SDG goals and targets.

What the SDGs mean for governance: The SDGs will gain no traction unless governments do three things. First, make the SDGs the overarching policy framework for their own national and international policies. Second, be forthright in taking the enlightened self interest argument to the people. Finally, they need to encourage further private sector boards to routinely assess and report on the environmental, social and governance impacts of their decisions.

What the SDGs mean for the UN: Equally, the UN system itself needs to fully and wholeheartedly re-orient itself around rolling-out the SDGs agenda. This means that all UN agencies and bodies should set targets aimed at helping deliver the SDGs and massively scale-up their convening and partnering role with business and civil society, helping less well-resourced nation states to do the same thing where needed.

The world cannot afford for the SDGs to become another Agenda 21.

Paul Hohnen is an Amsterdam-based consultant who advises, speaks and writes on global sustainable development issues. He is an associate fellow of Chatham House.