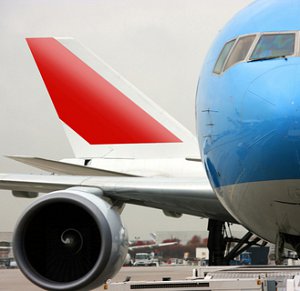 Pilot programmes, but no scale

Despite some exciting aviation trials, biofuels from agriculture commodities – such as sugarcane and palm oil – are yet to make an impact at scale

With a focus on biofuels, experimentation is underway on how aviation can cut its emissions. In mid-November, an Alaskan Airlines flight flew west to east across the United States using a wood-based biofuel – the first such flight. The flight used a 20% wood-derived alcohol to jet fuel blend.
Elsewhere, fuel supplier Honeywell UOP has developed Honeywell Green Jet Fuel, which is made from waste vegetable oils and animal fats, can be blended 50/50 with standard fuel and cuts greenhouse gas emissions by 65-85% according to Honeywell UOP’s own analysis.

Oslo airport now supplies biofuel, with Lufthansa the first airline to test it for commercial flights. The Oslo biofuel is supplied by Finland’s Neste and produced from oil from the camelina plant.
The European Union, meanwhile, has brokered the European Advanced Biofuels Flightpath, a sectoral agreement under which consumption of sustainable biofuels in EU civil aviation should rise to 2m tonnes by 2020.
Poor reputation

That said, aviation has had a reputation for not pulling its weight when it comes to reducing greenhouse gas emissions. The sector’s global regulator, the International Civil Aviation Organisation, only grudgingly agreed in October to an emissions-limiting scheme, having previously largely escaped greenhouse-gas constraints.

Furthermore, ICAO’s October deal will only take effect from 2020 and only promises carbon neutrality, not emission reductions. The scheme will be based on purchases of carbon offsets and will be voluntary until 2027, with some large countries, including India and Russia, declining to participate in the initial phase.

More focus on biofuels as a means to reduce aviation emissions raises the same questions that are being asked about biofuels more broadly: are they really sustainable, in direct and indirect terms? Arthur Pelchen, a Berlin-based auditor in the EU emissions trading system, says that in terms of sustainability, aviation biofuel “has the same problems as liquid biofuel for other purposes”.

Biofuels do generally offer emission reductions compared to fossil fuels, until land-use changes are factored in. Biofuel made from Brazilian sugarcane, for example, can at its best reduce emissions by nearly 90%, while the reduction from fuel made from sugar beet is in the order of 40-60%.

But these calculations ignore the consequences of the conversion of forests or grasslands. If forest is cleared for sugarcane or palm oil, for example, the released greenhouse gases can far outweigh the emissions reductions from the use of the biofuels.

Techniques are being refined that promise to overcome these problems. For example, bio jetfuel and biodiesel can be produced in a clean way from the waste from sugar processing, meaning no need for new land clearances. But there remains a long way to go before such techniques can be scaled-up. And while the EU might have a goal of 2m tonnes of sustainable aviation fuels by 2020, this must be seen in the context of annual consumption of about 53m tonnes of jetfuel in 2010.

Pelchen says that within Europe, biofuel sustainability can be trusted. Currently, the EU considers biofuels sustainable if they generate 35% greenhouse gas savings over their lifecycle compared to fossil fuels. This requirement tightens to 50% in 2017. The EU standard excludes biofuels produced from land converted from forest. Other sustainability standards may be less rigorous.

The tightening of the EU criteria make it “increasingly more difficult” for biofuel to be rated sustainable, and “there is certainly not enough supply to change from fossil fuels 100%,” Pelchen says.

Overall, biofuels from sugarcane and other feedstocks seem likely to remain a partial solution. For road vehicles, electrification appears to be a better option – and one that auto-makers seem to be adopting – though for aviation this remains a distant dream.

Crucially, the development of biofuels is also based on the bet that new refining technologies can be put in place, so the benefits of biofuels can be enjoyed without the disadvantages in terms of emissions from land-use change.