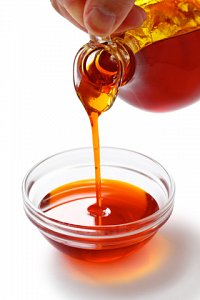 Is a no-deforestation red line possible?

Sime Darby is the largest producer of certified sustainable palm oil. But how would you describe your deforestation strategy? Does it go beyond the demands set out by the Roundtable on Sustainable Palm Oil (RSPO)?
It does. We still haven’t broken the link between palm oil and deforestation., So, together with five palm oil producers in Malaysia, as well as the likes of Wilmar, we helped to form the Sustainable Palm Oil Manifesto (SPOM). As part of this, we have committed to go beyond RSPO and have set up a high carbon stock (HCS) study* which seeks the views of 50 independent scientists.

This approach not only looks at biodiversity and socio-economic aspects, but also at greenhouse gas emissions too – not only the above-ground emissions, but those emanating from the soil – in a bid to establish the true impact of cutting down forests.

How tough is it for Sime Darby to stick to a high carbon stock deforestation policy such as that set out by the likes of SPOM?

It’s very tough. Explaining to people that there are areas of land where we cannot develop as a responsible producer of palm oil is difficult when you are operating in countries where poverty is rife and basic needs are not being met.
Yes, it should be a sovereign right for national governments to choose what happens. But it’s also a sovereign right of responsible producers to decline. We currently sit in the middle of this very uncomfortable situation.
Is it hard pushing tough policies through internally? Is there enough value attached to doing the right thing?

It is a big issue because nobody wants to reward you for doing the right thing, so there isn’t a business case.
Just 20% of palm oil is certified as being sustainability. But if the other 80% is attracting a better price it is awfully hard to persuade the 20% to go even further and push the envelope.

How important have certification schemes like RSPO been in moving the industry in the right direction?

Well, single company commitments to “no deforestation” tend to go narrow and deep. But they do not seem to have given much thought as to how they will verify their position on the ground.
RSPO gives you that verification and helps you to look at a large breadth of sustainability issues. Bodies like RSPO are absolutely vital. To use a military analogy, if RSPO is the infantry, you also really need the cavalry – the progressive companies – to keep pushing for change.

What about NGO activism as a driving force of positive change when it comes to ecosystem preservation?
NGOs have a tremendous role to play. Just look at what happened when the French environment minister told people to stop buying Nutella because its parent company Ferrero was cutting down trees. Greenpeace came out in its defence, pointing to Ferrero’s sustainable deforestation policies and its membership of the Palm Oil Innovation Group.

NGOs advocating on behalf of responsible palm oil producers never happened before, but NGOs are realising that while the stick is important, so is the carrot.

How important is collaboration? The SPOM is bringing together some big players to collectively drive action. What’s the secret to success?

Well, I wouldn’t say it is a success yet. But the SPOM is a genuine attempt to get to the bottom of deforestation, to put some robust science into the process and to give more of an objective view. But what we don’t want to do is create lots of different methodologies for tackling deforestation – that will just confuse people.

So, what’s next for the palm oil deforestation movement?
Well, there are tens of hundreds of producers, and tens of thousands of palm oil users. But most palm oil passes through the hands of refiners, and there’s only a few of them. Next up is to bring those refiners together to make sure they stick to the same high sustainable ideals – that would be a great move forward.

*Click here for more on the debate about differing HCS approaches.