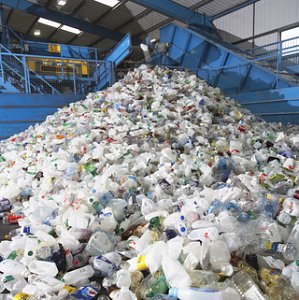 While voluntary for now, a UN deal on plastics use could herald binding global frameworks and the need for entirely new types of packaging

Dovetailing the finale to the BBC’s Blue Planet 2 series, which featured a rallying cry for viewers to help reduce plastic waste entering the oceans, was a new UN agreement signed by 200 nations promising to do something about it.

Clearly informed and driven by pressure exerted by NGOs and environmental campaigns during the last few years, countries backing the resolution have agreed to monitor plastic waste and start to phase out the use of plastic. They have pledged to ban the worst kinds of materials such as micro-plastics, recycling more and cutting down on unnecessary packaging.

The agreement is not legally binding. But, as with other similar pledges previously made on issues such as climate change and human rights, it serves as a statement of intent and is likely to trigger new policy developments at a local and regional level.

Many countries have already started formulating plans to deal with plastic waste. For example in his November budget statement, the UK’s chancellor of the exchequer Philip Hammond announced a “call for evidence” on how taxes on single-use plastics might reduce the impact of waste on marine and bird life. Already, the UK’s tax on single-use plastic bags has cut their use by more than 80%.

Elsewhere, in Sri Lanka, a ban on single-use plastic bags comes into play on 1 January 2018. In Chile, its extended marine protection areas is backed by legislation to boost corporate responsibility and improve recycling. Meanwhile, Kenya, Canada and Brazil are among 40 nations that have already signed up to the UN’s CleanSeas programme which is focused on developing concrete actions, rather than just commitments.

The specific impact on companies is set to be significant, particularly for those multinationals that will have to comply with a range of separate laws.

The UN Environment Programme has called for “all actors to step up actions by 2025, to prevent and significantly reduce marine pollution of all kinds”, so if the signatory nations are to commit in earnest, new legislation is likely to follow.

Future options
The move is a “significant step forward in addressing the global plastic pollution problem” according to Plastic Pollution Coalition founder and CEO Dianna Cohen, who welcomes in particular the new specialist group examining options to combat ocean plastic pollution that will be set up under the agreement.

Whether encouraged by consumer interest or NGO campaigning, there are signs the business community may well be progressive in its approach to ocean plastic waste.

For example, the Ellen McArthur Foundation-backed New Plastics Economy project has garnered widespread support from a number of businesses. In its latest initiative, 150 organisations including Marks & Spencer, PepsiCo, Veolia and Unilever endorsed a statement in support of a ban on oxo-degradable plastic packaging worldwide. New Plastics Economy says that such packaging doesn’t biodegrade but in fact simply breaks down into small pieces, exacerbating rather than solving the problem.

According to Jane Patton, Plastic Pollution Coalition’s managing director, the next step could be a legally-binding deal on dealing with plastics pollution. But, she warned that “any such convention should include certain features: a binding global reduction target, caps on production and consumption of plastics, and requirements for loss prevention, collection, and recycling of all plastics”.

Collective commitments from businesses that are keen to work together, rather than in competition, will be crucial. As will better support for start-ups that need proper financing to scale their solutions quicker.

New companies like Skipping Rocks Lab, which has developed an edible water bottle from brown seaweed, could become a much more attractive proposition for corporates and investors alike. “Just 0.03% of the brown seaweed in the world could replace all of the polyethylene terephthalate (PET) plastic bottles we get through every year,” says co-founder Piere-Yves Paslier. While PET can take 700 years to biodegrade, seaweed-based packaging biodegrades within six weeks.

Voluntary statements and long-term commitments are one thing; developing effective alternative materials to package and sell food and other consumable goods is quite another. But whether or not this latest UN agreement leads to a legal framework, as has happened with climate change, there are business opportunities here for sure.