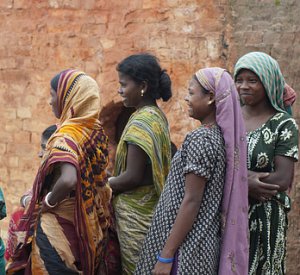 The dial is moving on corporate modern slavery action, but progress from reporting to effective remedy is slow

With 21 million victims of forced labour across the world, there are clear risks for big business. In a world where technology is enabling the collection and dissemination of information in more and more interesting and unpredictable ways, it is not a matter of “if” an abuse is going to be uncovered – whether in-house or in the supply chain – it’s a matter of “when”.
That is certainly the view of KnowTheChain, whose latest report explores the efforts being made by companies in the three high-risk sectors of food and drink, IT and apparel to be more transparent about how they are eradicating forced labour from their global supply chains. The research follows up on individual sector reports last year.

The analysis highlights long-standing issues yet to be addressed. While companies, on average, tend to have got to grips with developing supply chain commitments and establishing monitoring and audit systems for their first-tier suppliers, examples of steps taken to look beyond this are few and far between. Too few businesses have created effective ways to engage with supply chain workers or provide remedy for workers whose rights might have been violated.

Despite this assessment, KnowTheChain’s project director Kilian Moote says that there has been a “normative change within corporate culture on transparency”.

This is being driven by a number of factors, he says, including mandatory reporting laws, such as the UK Modern Slavery Act, which, alongside stakeholders increasingly demanding greater transparency from companies, has elevated the issue to the highest levels.

As David Schilling, the senior programme director for human rights at the Interfaith Center on Corporate Responsibility, says, the companies who have had supply chain responsibility programmes in place for a long time now have “corporate cultures that recognise greater transparency is not only a growing expectation of investors and other stakeholders, but good for their business in the long-term”.
However, Nestlé’s public admission in late 2015 that it had found forced labour in its supply chains in Thailand, where it was sourcing seafood for its pet care business, stands out as one of very few examples of similar transparent disclosure on the subject. At the time, campaign groups like Freedom Fund, which has invested heavily in anti-trafficking initiatives in Thailand, suggested Nestlé’s admission might significantly move the dial on what could be expected from business in the future.

Admit (but only when you have to)

“Unfortunately, evaluating whether disclosure is a good thing is open to each company’s own interpretation.” Moote says. For whatever reason, Nestlé’s legal counsel determined that disclosing more information, in the face of a pending lawsuit, was the right thing to do for the business at the time. But they didn’t have to of course.

The recent Duty of Vigilance law in France is something that Moote thinks could really change the landscape again, with the legislation offering a safe harbour for companies that have carried out sufficient due diligence to ensure broad human rights abuses are not occurring. If a company finds an abuse and discloses it, it will be sheltered from possible penalties. On the other hand, if it does not conduct due diligence and an abuse is uncovered, it could face a hefty fine.

As the KnowTheChain document finds, some sectors have more room for improvement than others, with companies whose products interface with consumers most directly appearing to have made the most progress on transparency.
The real challenge is encouraging companies that are reluctant to disclose even the most basic information to appreciate the value of doing so, and before they get called out. Schilling argues: “We need to create an atmosphere where risk-averse companies see the long-term benefits of transparency on brand value, reputation and, most importantly, see the critical importance of shining a bright light on exploitative practices that lead to forced labour and slavery for millions of supply chain workers.”