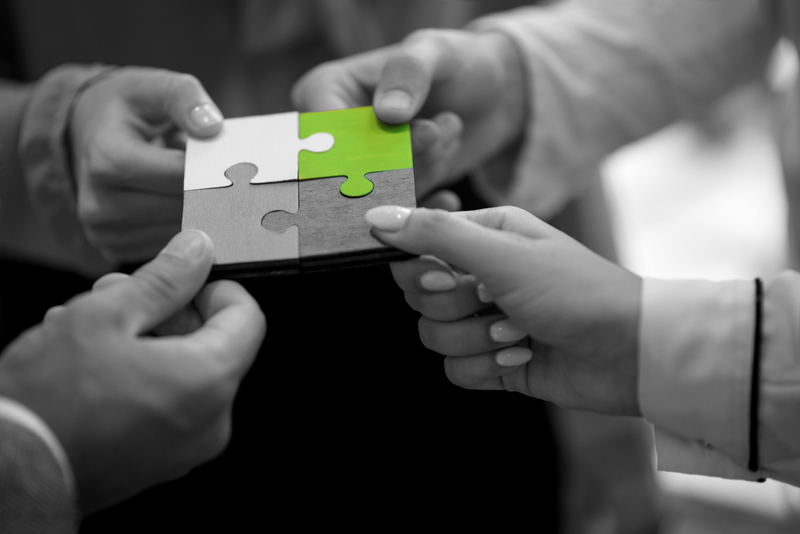 The past decade has seen a blitz of commitments and initiatives to address commodity-driven deforestation. The Accountability Framework initiative helps translate these into effective implementation and progress on the ground

The issue of deforestation in supply chains is no longer a niche subject. Ever since the United Nations endorsed the New York Declaration on Forests (NYDF) in 2014, governments, companies, NGOs and groups representing indigenous communities have sought to halt commodity-driven deforestation.

But despite commitments and good intentions, defining a path forward remained complex. “Even the term ‘deforestation’ had different interpretations,” says Leandro Baumgarten, a lead scientist with The Nature Conservancy (TNC), based in Brazil. “It was clear we needed to harmonise and clarify the definitions and agree on what civil society should expect from companies.”

Fast forward to 2017 and the launch of the Accountability Framework initiative (AFi), a collaboration designed to do just that. Initiated by the Rainforest Alliance, the group brings together global organisations, such as WWF, World Resources Institute and Proforest, and regional NGOs including ResourceTrust in Ghana. Human rights-focused organisations, such as Social Accountability International and Verité, are also part of AFi.

The founders were excited by the wealth of new commitments to halt deforestation and respect human rights in supply chains, especially beef, palm oil, soy, timber and cocoa. But they also recognised the urgent need for practical ways to translate these commitments into effective implementation – and into real progress for forests and people. The Accountability Framework was developed to guide these practical ways forward.

Since launching the Accountability Framework in June 2019, AFi has made great progress despite the Covid-19 pandemic. Christie Daly, director of corporate programmes at Social Accountability International, says that the framework has evolved into “a fully operational resource that helps a wide range of stakeholders including brands, traders, governments and financial institutions mainstream ethical production and trade.” She notes that significant outreach by the AFi’s 20+ member coalition “has made the framework a recognised and credible resource” for these user groups.

The framework is already being used by at least 60 companies involved in forest-risk commodities at all stages of the value chain, including not only brands and retailers, but also producers, processors and traders. By following AFi’s 12 core principles for an ethical supply chain, businesses can align their policies with common expectations held by civil society, investors, lenders and commodity buyers.

They can also use the framework to develop more effective implementation processes and to monitor and demonstrate progress in a credible manner. “The framework is not so much a new set of requirements for companies, but a guide for doing the sorts of things that companies already need to do, in a way that’s aligned with accepted norms, definitions and good practices,” says Jeff Milder, director of global programs at the Rainforest Alliance.

The framework has also emerged as a key reference for collective action by industry groups and others working to address deforestation and human rights in supply chains. For instance, the Book Chain Project, a group of 28 publishing companies working to source more sustainable wood fibre for books, uses the framework to standardise the way it assesses the sourcing policies and practices of paper mills. The resulting Mill Assessment Framework is being used by publishing companies to understand supplier performance, guide improvement and monitor progress.

Similarly, the UK Roundtable on Sustainable Soya, which represents 94% of the UK retail market share of soy, has used the framework to set no-deforestation and no-conversion goals for the entire soy supply chain.

“Through applications such as these, we’ve been successful in creating a common notion of what ‘good’ looks like,” Milder says. This common notion guides not only commitment-setting and implementation practices, but also the ways in which company performance is reported and assessed. As a result, there is now more alignment among accountability systems, such as the disclosure platform run by CDP Forests and the Forest 500 assessment initiative, both of which now use methods that are well aligned with the framework.

Baumgarten emphasises that the framework has been recognised worldwide as a reference for achieving ethical supply chains. He says that its use on the ground in South America, Africa and southeast Asia has been particularly impactful.

He highlights that, a few years ago, “the conversation on soy and beef supply chains in Brazil was very confusing; different aspects of the problem were not well defined, which halted progress”. In contrast, now, he says, “we are well beyond these issues and can focus on the fundamental question of implementing commitments”.

Going forward, Milder sees opportunities to link the progress and alignment on ethical supply chains more strongly to the broader corporate responsibility agenda. “Sustainability is dynamic and is always evolving; we want to make it as clear as possible how deforestation-free and responsible supply chains can help companies achieve their science-based targets, address and account for their scope 3 emissions, and advance other sustainable development goals.”

The AFi also plans to focus more heavily on engaging users in consuming markets beyond Europe and the US, as well as supporting the finance and investment community to establish policies and take data-driven decisions that shift capital toward deforestation-free and responsible supply chains.

To make responsible supply chains the new normal will also require increasing emphasis not only on retailers and brands but organisations on-the-ground in commodity-producing regions, including producers and local sustainability initiatives. Milder says that there are good examples of local companies already applying the framework in such contexts, for example in Indonesia, Ghana and Colombia.

Next step? “Scaling up engagement of upstream companies is a priority for our coalition members going forward,” Milder says, recognising that changing practices and processes for these groups can require different forms of engagement and support.

While there is no single silver bullet for companies trying to build ethical supply chains, the framework has become a critical tool for setting strong commitments and turning them into action in a short space of time. “It’s great to see that sustainability commitments have not wavered during the pandemic, but the next five years will be crucial,” Milder adds. “Our goal with the AFi is to help institutionalise a new way of doing business so we can make ethical supply chains the new normal.”

This content is supported by the Accountability Framework initiative. Innovation Forum and AFi have also collaborated on a series of podcasts. Click here for an introduction to the initiative, here for a webinar discussion about ensuring secure supply chains during the pandemic, here for discussion on deforestation-free supply chains in South America and here for debate about how to establish trust in the southeast Asian palm oil sector.