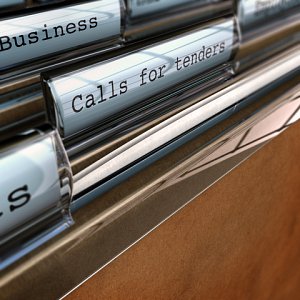 The idea of sustainable public procurement is a bit like the phasing out of fossil-fuel subsidies: a great, even an obvious, initiative that could help drive the economy in a better direction, but on which progress has been frustratingly slow.

Public spending is big business – equivalent to about 20% of GDP in the European Union for example. Leveraging it for greater sustainability can have major practical impacts in terms of reduced emissions, cutting energy use and impacts on natural resources.

Recently, Norway moved towards a zero-deforestation public procurement policy. A committee in the country’s parliament backed a plan to “impose requirements to ensure that public procurement does not contribute to deforestation of the rainforest”, according to Rainforest Foundation Norway. The Norwegian move follows up on a joint pledge made by Norway, Germany and the UK in 2014 to bring their spending power to bear so that they “sustainably source commodities such as palm oil, soy, beef and timber”.

The UK already has a timber procurement policy, dating as far back as 2000, which specifies that supplies must come from “legal and sustainable sources”. It doesn’t spell it out, but comes close to being a zero-deforestation policy. The UK timber policy also requires the inclusion of social criteria in contracts – for example that timber must come from places where there is “respect of legal, customary and traditional tenure and use rights related to the forest”.

A United Nations Environment Programme global review, published in 2013, identified 43 countries that had put some kind of sustainable procurement programme in place. But the review noted that “difficult economic conditions may counter this trend” – so even here the perception was that “sustainability” must necessarily be more expensive.

Anastasia O’Rourke, a consultant with Industrial Economics and one of the report’s authors, says that sustainable procurement requirements are “quite a patchwork,” and admits that globally, developments are at a fairly early stage.

The leading countries are the usual suspects: as well as northern Europe, there’s also the United States, where some government agencies say they prioritise sustainability.

On human rights and some labour issues, the US is ahead of the curve, in some respects. While the US Congress is reluctant to legislate on anything with the whiff of being “anti-business”, President Obama has signed a range of executive orders that, among other things, require federal contractors to comply with anti-trafficking rules by, for example, forbidding them from charging employees recruitment fees or holding onto their identity documents, and to disclose any labour law violations.

Promoters of sustainability in the US and elsewhere face the same barriers in public procurement as they do in the private sector. There are many competing priorities – not least the pressure to cut costs and buy at the lowest price, which many public bodies are mandated to do in their procurement.

In addition, sustainable public procurement criteria have to be developed and applied across large organisations, which can be a laborious process – current EU work on this involves plodding through a long list of product groups.

And public procurers want to know they are getting a good sustainability return for their money. It can be a risk to invest in new ways of doing things if the benefits are not fully proven. O’Rourke says that the current evidence shows sustainable procurement can make a big difference. But, crucially, “coming up with the data to prove all that can be quite hard”.

However, the number of case studies showing the benefits for companies and public bodies alike of sustainable public procurement is growing – as collected by the European commission, for example.

Public procurers are finding that sustainability offers greater efficiency, cleaner and more ethical operations and ultimately the preservation of quality of life by remaining within environmental and social policy boundaries.

And from the saving of 46,500 tonnes of CO2 through better procurement of concrete for the London Olympics in 2012 to significantly improved and more efficient waste water facilities at utilities in the Netherlands – just two of the EC’s many examples – companies are benefitting from developing innovative new technologies and techniques that they can then use to help save their private sector clients and partners money, and improve social performance.