Circular economy back in fashion 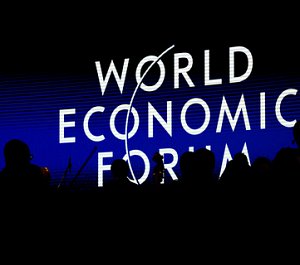 While it never really went away, there’s a resurgent business momentum behind circular economy models – including new corporate targets from Coca-Cola. But might consumers finally get properly engaged too?

The World Economic Forum in Davos may still be dominated by billionaires, business execs and politicians championing GDP growth above all else. But this time environmental issues squeezed onto the agenda, and there was a particular focus on circular economy models, products, designs and thinking. A renewed interest in circularity is giving many businesses the perfect global platform to engage with customers and investors alike with new commitments to get tough on waste.

Soft drinks giant Coca-Cola has promised to “fundamentally reshape” its approach to packaging, with a global goal to “help collect and recycle” 100% of its packaging by 2030. The World Without Waste initiative will be backed by big investment to ultimately get to a place where the business is making all of its packaging 100% recyclable.

The Accenture-backed Circulars Awards, with the winners announced in Davos every year, have helped to maintain circular economy’s profile.

And flat-pack furniture chain Ikea picked up the Accenture Strategy Award for Circular Economy. In fact, the business is on a mission to “take full responsibility … to leave a positive footprint in everything we do,” says Partik Antoni, head of sustainability at Ikea in India.
The company sees its transformation into a circular organisation as both a big ambition and a challenge, admitting it is only at the start of its journey. A new soon-to-be-opened store in Greenwich, London, suggests what its future might look like. It will promote re-use and the circular economy in-store, with a furniture take-back service and staff actively asking customers to re-use, recycle and re-imagine the products they already own.

Davos also saw a host of corporates including Evian, Marks & Spencer, Wener & Mertz, L’Oréal, Walmart and PepsiCo make big commitments on packaging. The group of business, which together produce 6m tonnes of plastic packaging a year, all made pledges to move to 100% reusable, recyclable or compostable packaging by 2025.

According to Peter Lacy, senior managing director for sustainability at Accenture Strategy, these latest developments point to a momentum building. He says that examples of how the circular economy can work are more timely than ever, and the awards play their part by “recognising those who are using disruptive technologies and business models to address some of the most pressing challenges our world is facing and at the same time turning them into real opportunity”.

The various corporate promises are significant and, largely, ambitious. To be met, many of the innovations, ideas and start-ups unearthed by initiatives such as the Circulars, the work of the Ellen Macarthur Foundation and the $2m New Plastics Economy Innovation Prize will need to be developed and brought to market. Thankfully, there does not appear to be a shortage of ideas; this year’s Circulars attracted 296 entries from 45 countries.

Companies will also need to properly engage consumers to help make the transition to alternative packaging or more efficient recycling that much easier. As Coca-Cola rightly acknowledges, it will need to invest its marketing dollars to get anywhere near its goal of collecting and recycling 100% of its packaging. “People need help to understand what, how and where to recycle,” it says.

The recent Global Circularity study says that more than 90% of raw materials used globally are not cycled back into the economy. This is creating a materials gap which could lead to a “toxic cocktail of negative consequences, ranging from social inequality, to depletion of natural resources, environmental pollution and worsening of the risks and effects of climate change,” according to Circle Economy’s chief executive Harald Friedl.

And a fully circular economy could reduce both global natural resource use by 28% and cut greenhouse gas emissions by 72%, the study says.

Circularity seems to have also gained traction in recent months because there is a growing realisation that resources are increasingly scarce, and essential environmental systems fragile. Perhaps the growing public clamour around pollution, and particularly on plastics in the oceans, indicates that more general engagement on the sustainable business agenda is possible after all.