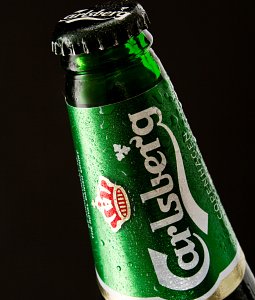 The logic of the circular economy is a more collaborative business model. There are risks in this – but also rewards

Collaboration will be at the heart of the transition to a more circular way of doing business. The implementation of circular-economy business models is not an activity for a company in isolation, but for the whole value chain.

Companies will need to know more about what happens to the materials that go into their products at each stage of the value chain. They will need to extend the value chain to the collection and reuse of materials at the post-consumer stage. Then they can make the necessary adjustments to make the whole operation more sustainable. For example, companies that put consumer electronics on the market might need to work with their suppliers to modify components so they can be more easily dismantled after first use.
Simon Hoffmeyer Boas, senior corporate social responsibility manager for brewers Carlsberg, says that this means entering into deeper partnerships with “people that you previously only had transactional relationships with, or never directly worked with at all. Every single survey on the circular economy says it is complex and it involves a lot of stakeholders.”

Carlsberg, for example, analysed the greenhouse gas emissions from its operations and found that 45% arises from the production of packaging. This finding, along with other work, led to the establishment of the Carlsberg Circular Community [http://www.carlsberggroup.com/investor/news/Pages/Carlsbergjoinsforceswithsupplierstoeliminatewastebydevelopingnextgenerationofpackagingforhigh-quality%E2%80%98upcycling%E2%80%99.aspx], a group of partners working on packaging to make it more recyclable and, ultimately, indefinitely reusable.

The Carlsberg Circular Community involves companies that produce drinks cans and bottles, glass-bottle coatings, shrink wrap, the card that is used for multipacks, and PET (polyethylene terephthalate) beer bottles and kegs. The work being done by the partners is underpinned by a cradle-to-cradle design framework.

One area where quick wins could be available for many companies is lightening the weight of packaging. Carlsberg worked in 2011-12 with beverage can-making giant Rexam – one of the partners in the Carlsberg Circular Community – to cut the weight of drinks cans, resulting in an annual saving of 80 tonnes of aluminium, according to the Carlsberg website.

At the core of the work, Boas says, is understanding that a more integrated approach could bring business benefits all along the value chain. “We need to find mutual value in investing in the circular economy,” he says. “The circular economy is based on the economy and you shouldn’t forget that.”
Rexam’s group sustainability director John Revess says that “what the circular economy and cradle-to-cradle has helped us to do is think more strategically about where our resources come from and what happens to them after they leave our factory”.

For Rexam, part of this is looking more widely at the market opportunities for recycled aluminium. Drinks cans have a high global recycling rate of 70%, according to the company.

“Thanks to the circular economy, our perspective has changed from thinking about making a can back into a can, to a much better understanding of the metal-to-metal loop,” Revess says. One example that he cites as a potential market opportunity is use of recycled aluminium in the car industry. “Many markets need used cans as a resource,” he says.

But while the application of circular-economy principles should lead to efficiencies and benefits for all participants in a value chain, some issues could be raised that might cause some companies to hold back.
From the lower reaches of the supply chain looking up, the main concern might be about handing over proprietary information. Carlsberg analysed its packaging down to the ninth tier of suppliers and some were wary, Boas says. “They were very reluctant in the beginning to share information. They were afraid we were just trying to take their recipes.”
Carpet and flooring manufacturer Desso [http://www.desso.com/], which has a goal to make all of its products according to cradle-to-cradle principles by 2020, requires its suppliers to provide very detailed product declarations. Desso says that this “goes beyond what [suppliers] would need to do for any other compliance requirement”.

It is, Desso says, “quite a lot of work to pull the information together,” and some suppliers “might ask why they need to do it”.

But in most cases, suppliers “end up being more than happy to provide the composition details relating to the chemical ingredients of their materials”. They “come to agree on our sustainability and environmental vision,” and they also realise that the exercise can benefit their own businesses.

Desso acknowledges that the process can be tough on suppliers. The company says that they “depend on their suppliers as well, further down the value chain where we lack any control or direct involvement. However, we hope that this process has a beneficial and cascading effect eventually, as more players in the value chain need to adhere to the cradle-to-cradle information requirements.”

Where commercial sensitivities do arise, Desso says that suppliers “sometimes prefer to have the protection of non-disclosure agreements and to send the information to an independent third party” – in the Desso case, the cradle-to-cradle consultancy EPEA (Environmental Protection Encouragement Agency).

Carlsberg also uses third party assurance, where necessary, to reassure suppliers that the aim of circular-economy initiatives is streamlining the value chain, rather than poaching suppliers’ knowledge.

Looking from the top of the chain back down, meanwhile, the implication of the circular economy is that companies such as Carlsberg, that are prepared to pay for value-chain analysis and for circular economy initiatives, will potentially hand out freebies to their competitors. Suppliers will be able to share with their other customers the advantages gained through initiatives such as the Carlsberg Circular Community.

Free-rider potential
Boas says that the intention of Carlsberg’s circular economy work is that “our partners should take what we’ve learnt and implement [the findings] in their businesses”. On the potential for free-riders to latch on, he says that “this was of course a discussion we had to have internally”.
However, Carlsberg considers that the advantages outweigh the potential subsidising of competitors. “We get the benefit from being frontrunners,” Boas says. “We want the world to know.” Carlsberg is also looking long term, taking the view that it is better to upgrade its operations now, rather than be forced to in the future.

Because of rising resource and energy prices, and increasing environmental regulation around products, “we believe that in the future the less sustainable products will be more expensive,” Boas says.