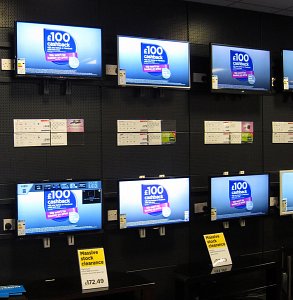 Ambitious electronics plan
A group of over 50 UK-based retailers, IT companies and TV manufacturers is hoping to reduce the collective carbon footprint of electronic and electrical products by 15%.

Over £21bn of electrical and electronic products are sold annually in the UK each year, using around 1.4m tonnes of materials in over 180m products. Consumers discard a similar amount of products every year, with only 7% being re-used. Adherents to the new plan, which is coordinated by waste charity WRAP and includes the likes of Sainsbury’s, Dell, Samsung and Sky, represented two-thirds (66%) of television sales in the UK.

The circular economy could help generate over 200,000 new jobs in the UK over the next decade and a half, according to the influential non-profit Waste and Resources Action Programme (Wrap). Fresh employment opportunities would be presented in potential fast-growth sectors such as recycling, reuse, remanufacturing and biorefining, according to research by Wrap.

Published in association with the Green Alliance, the report indicates that regions of relatively high unemployment, such as the English northeast and west midlands, are best placed to benefit. Furthermore, it is anticipated that the greatest impact on job creation will be low to mid skilled occupations where job losses are projected for the future. In the most optimistic scenario, the research projects the creation of 517,000 jobs by 2030.

According to previous research by the UK’s Department for Environment, Food and Rural Affairs, UK businesses could benefit by up to £23bn per year through the implementation of circular economy principles. The UK government department has a vision of reducing material inputs into the UK economy by 30m tonnes by 2020. It also hopes to reduce waste by 20% (equivalent to around 50m tonne less waste) and recycle 20m tonnes of additional materials back into the economy.

Plastic packaging ‘roadmap’
The development of an authoritative, 20-year roadmap for the transition of packaging to a more circular system forms one of the main objectives of a new programme by the World Economic Forum.
Annual material demand for polyethylene terephthalate (PET) and polyester, which is used in plastic bottles and the textile industry, totals about 54m tonnes, of which roughly 86% leaks out of the system. It is estimated that $4bn (£2.66bn) could be created from the better use of PET alone.
Establishing a set of simple design rules to govern the chemical additives and inks used in paper-based product packaging represents another new focus of the World Economic Forum’s MainStream project. Of the 480m tonnes of paper and paperboard that is expected to be produced by 2020, it is estimated that 130m will be wasted, representing an economic value of $10bn.

The third stream of the project will focus on so-called “asset tracking”. This is designed to resolve the information gaps that currently prevent better decision making on what to do with a product when a (first) user is finished with it. The three initiatives were unveiled at Davos in January and will be overseen by a steering board of 11 chief executives, including those of Suez Environmental, Philips and Kingfisher.

US technology giant Dell is 2015’s Circular Economy Pioneer of the year. Awarded the prize at the Circular Economy Awards in January, the Texas-based firm was commended for its rollout of the world’s first computer – the OptiPlex 3030 – made using certified closed-loop recycled plastics.

Other winners at The Circulars include the Danish Business Authority (Economy Cities), Danish Cloud-based invoicing firm Tradeshift (Digital Disrupter) and US home and fabric care manufacturer Method (Entrepreneurship).
The awards are run by the Forum of Young Global Leaders in collaboration with global consultancy firm Accenture. In June 2014, Accenture published a joint paper with the Ellen MacArthur Foundation in which it argued that the global consumer goods industry could save $700bn (£465bn) by adopting a circular economy. Consumer goods accounts for about 60% of total consumer spending, 35% of material inputs in the economy and 75%, the report found. At present, only about one fifth (20%) of consumers goods materials are recovered, largely through recycling.
$48m aluminium recycle centre for Novelis
Novelis, a US-based aluminium rolling and recycling firm, has just completed an automotive scrap aluminium recycling facility at its Oswego facility in New York state. The $48m (£32m) recycling plant will enable the company to process up to 10,000 tonnes of recycled scrap per month.
Together with other investments, Atlanta-based Novelis is on track to have a global production capacity of 900,000 tonnes of automotive aluminium sheet by the end of 2015. The company’s products currently feature in over 180 vehicle models.