Companies driving the rise and rise of science based targets 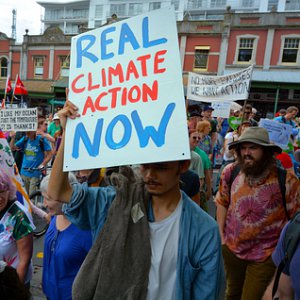 In the two years since the UN’s Paris agreement, the business community has continued to show great appetite to align strategic efforts with the deal. In the US, the Trump administration’s decision to pull away from the accord has seen many global brands rally in defiance by setting ever more ambitious emissions goals, and encouraging regional governments to reinforce their stance on climate policy, too.
Galvanising efforts has been the Science Based Targets Initiative (SBTI), with companies aligning emissions reduction targets with the best available science being the real zeitgeist of late 2017. Now, in 2018, there is growing evidence that momentum will continue to increase and corporate climate change goals will continue to follow the Paris Agreement, set so as not to contribute to a greater-than-2C increase in global temperatures (and to push to keep it to 1.5C).
In fact, some 327 companies are now using the SBTI, with 85 of them having already had their targets formally approved by the organisation.

Interestingly, more than 800 other companies that currently report their emissions data to CDP have said they will set science-based targets within the next two years. So by the end of the decade, almost 1,200 companies could have aligned their operations with the Paris agreement. Importantly, these companies span a number of geographies (50 countries) and sectors (70). And around 40% of them are among the world’s biggest and most environmentally damaging companies, according to CDP.

The packaging business Tetra Pak committed to aligning its emissions goals with science back in 2015 when it signed the Paris Pledge for Action at COP21. Then, in 2017, it became the first company in the food packaging industry to have its climate impact reduction targets approved to reduce direct greenhouse gas emissions – 42% by 2030 and 58% by 2040 (against a 2015 baseline).
Continuous improvement
Mario Abreu, the company’s vice-president of environment, says science-based targets represent a “new era of focus, in helping identify the best opportunities that allow continuous improvements on efficient use of energy and renewable energy, in ways that may have been overlooked before”.
To achieve its goals, the business will focus on three areas: cutting energy use by another 12% this year; buying more electricity from renewable sources (which will mean investing in renewable energy projects); and, installing onsite clean energy systems, such as solar panels.
Of course, the setting of ambitious climate change goals is nothing new and there is now a fairly rich history of such practice, particularly among larger corporates. But as the subject of climate change has become more prominent, there has been a growing acknowledgement that the response to such a huge challenge must be serious too.
What were we using before?

The new focus on best-available science does beg the question why companies hadn’t been using it up to now.

“We know the old adage: what gets measured, gets managed. So, targets are crucial. And if you’re going to have targets, what’s the point of having made up ones?” says Prof David Grayson, emeritus professor of corporate responsibility, Cranfield School of Management.

He argues that clearer roadmaps, such as the Paris deal and the UN sustainable development goals, are helping to focus minds. And new methodologies, backed by third-party verifiers of evidence-based goals, suggest things are only going to continue in the same direction. Grayson adds: “I’ve been talking to a number of big global investors in the last few weeks and I’m struck by how, at least on climate and water, the penny – or rather billions of dollars – has dropped.”