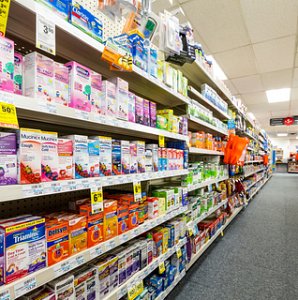 No place for cigarettes

How to help smokers quit
The decision in 2014 by US pharmacy chain CVS Health to stop stocking tobacco products led to the sale of 95 million fewer cigarette packets in an eight-month period. The drop in tobacco sales equates to a reduction of 1%, equivalent to around five packs per smoker.
Sales of nicotine patches in CVS pharmacies, meanwhile, increased by 4% during the first month after the retailer removed tobacco products from its shelves. According to the US Department of Health, an estimated 70% of smokers wish to quit. The Centers for Disease Control and Prevention credit tobacco consumption with the deaths of 480,000 people in the US every year. CVS Health controls a 15% share of the US pharmacy market.

Swedish fashion retailer H&M, which operates in 57 countries, recently introduced 16 denim styles made from recycled cotton. The clothing items use material sourced from its garment collecting initiative, an in-store recycling scheme that has resulted in the donation of 14,000 tonnes of clothing globally since its inception in February 2013. For each kilogram of clothes that H&M collects, it donates €0.02 to a selected charity.

UK retailer Marks & Spencer operates a similar recycling system. Shwopping has resulted in the donation of over 20m garments so far. All the clothes are given to anti-poverty charity Oxfam, which has raised more than £15m from their resale.

Tackling the ‘disgusting habit’ of littering

In an effort to keep the UK’s streets cleaner and to reduce the £1bn spent on clearing up litter every year, a coalition of non-profits and companies is backing a litter manifesto. The initiative, which is coordinated by the environmental charity Hubbub and includes brands such as McDonald’s and Wrigley’s among its signatories, is designed to change the anti-social behaviour of a minority of the population.

According to a survey of 2,100 people by Hubbub, 86% of the UK public thinks littering is a “disgusting habit”. More than half (54%) would like to confront those who litter, but only one in seven actually do.

Encouraging people not to litter is no easy task. In the US state of Texas, which has run a high-profile anti-littering campaign for three decades, about one third of residents in the US state admitted in a recent poll to littering in the previous month.

Charge your car with Airbnb

The US-based electric vehicle (EV) manufacturer Tesla is teaming up with online booking service Airbnb to offer hosts free charging spots. The deal, which will be rolled out initially in California, will see Tesla offer Airbnb hosts (with ratings of 4+) a free charging station worth $750. Around 300,000 plug-in EVs (mostly hybrids) have been sold in the US over the last four years, according to industry data provider Plug-In America.
The variety of pure electric models is also set to double in the US by the end to 2016, to more than 40 vehicle types. According to a recent report by Plug-In America, lack of consumer awareness about the technology remains a major stumbling block to adoption. Existing drivers are the best “evangelists”, it states. There are 8,400 public charging stations now available in the US. Transport accounts for more than one quarter (27%) of US greenhouse gas emissions, US government figures reveal.