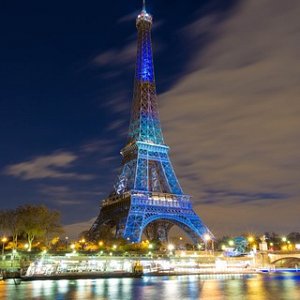 While it’s not perfect, the Paris accord marks a real change of pace, and signs that business strategy will increasingly be set by climate risk

The French phrase “plus ça change” – meaning the more things change, the more they really remain the same – might be a good summary of the wide range of early assessments of the recent Paris climate accord.

Scientists and climate activists (among whom I number myself) talked of a historic agreement that would “change everything”, while privately framing the accord as more than expected, but not as much as needed.

The fossil fuel community was quick to downplay the significance of the outcome, pointing to its voluntary and aspirational nature and, quite rightly, to evidence of robust demand in the largest emerging economies.

Having participated in the very early climate negotiations leading to the 1992 UN Framework Convention, and followed closely developments over the last 23 years, let me offer a brief personal assessment of what the Paris accord means.

The things that remain the same…

The first thing to accept is that there will still be no certainty about what happens next. How well governments follow up on their engagements, how quickly technology develops, and how markets respond, will remain unclear.
Nothing new there then.
The second is that deep-pocketed vested interests and their political representatives are not going to go away. Their mantras of “it’s not a problem”, “it’s not our fault”, and “it won’t work” will continue and cleverly diversify.  In some places – such as the US – this voice will become shriller.
The third is that short-term social and economic issues, such as growth, jobs, migration, public health and housing, will continue to command voter, media and political attention.

National climate measures will be under continued pressure to tick these boxes. Economically sensible but (now) politically impossible measures, such as a global carbon tax, will remain on distant back-burners.

The things that have changed…

That said, it’s clear that Paris has marked a new high water mark – pun intended – in terms of climate concern. Evidence? Governments and CEOs talking like Greenpeace, new partnerships for climate action, and mass public protests.
In terms of trends, I expect we will see the following important, and permanent, developments.

Against this background, company boards and CEOs will be increasingly asking – or forced to ask – the question: what is our position on climate change? Communications strategies that spin the existing business model as “climate friendly” will come under more intense scrutiny.

Above all, a mega-trend across business – that has already begun but not been given the credit it deserves – will be given further momentum. This is the trend where business strategy is increasingly shaped by the climate narrative. Not as an add-on, but a core part.

Asking these questions will strengthen the capacity of any business to handle the intensifying challenges of climate change.

Ernest Hemingway once said: “Paris is a moveable feast”. In the climate strategy context, the Paris accord is an invitation to that feast, where every risk puts new business opportunities on the menu. From the business perspective, all roads now lead from Paris.

Paul Hohnen is an associate fellow of the Royal Institute for International Affairs (Chatham House), and formerly director of Greenpeace International and strategic director for the Global Reporting Initiative.