COP21 leaves the wood in the trees 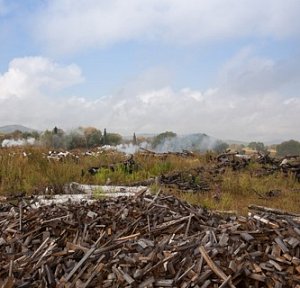 Scene is set for companies to do more on forests

The crucial role of forests and forest protection in controlling climate change features prominently in the COP21 agreement. Not before time

Forest campaigners are cautiously optimistic that the COP21 Paris agreement could provide a long-term boost to forest protection.

The situation did require urgency. The Paris agreement comes at a point when initiatives to combat deforestation seem to be flagging. In Brazil, the Amazon deforestation rate increased in 2014-2015, after about a decade in which forest clearance declined.
Meanwhile, a new report from CDP (formerly the Carbon Disclosure Project), finds that though companies understand the issues around deforestation, they are often slacking when it comes to actually doing anything about it.

CDP’s analysis found, for example, that half of companies that have committed to source certified soy haven’t yet done so. Companies are also falling short in providing information and forest-protection training to their supply chains.

Deforestation is largely linked to beef farming and the production of palm oil, timber products and soy, and so corporate buyers could make a big difference. CDP cites Asia Pulp & Paper and Cargill as two examples of companies making commitments and following through on them. But overall, companies could do much more to protect forests by monitoring implementation of best practices by their suppliers, and by more rigorously adhering to sustainability standards and certification schemes.
Turn on the finance
The Paris agreement, though it might be short on detail and concrete implementation measures, boosts the case for more stringent forest protection by companies.

The commentators have been out in force on this point. For example, Gustavo Silva-Chávez, a programme manager with non-profit group Forest Trends, says that the agreement “operationalises forest protection and flips the ‘on’ switch for the international finance to make it happen”.
Forest Trends, which is backed by banks and investors alongside conservation groups, is particularly keen on REDD+, which stands for reducing emissions from deforestation and forest degradation.
Through REDD+, wealthy countries can pay their poorer counterparts to sequester emissions in their forests. Until now, REDD+ has been largely a bilateral activity, for example, between Norway and Indonesia.
Article 5 of the Paris agreement deals with the issue by saying signatories “should” conserve forests “including through results-based payments,” thereby putting REDD+ on a firmer footing. The use of the mechanism, including by companies, looks set to increase.

The more significant impact for forests, however, says Hannah Mowat, a campaigner at NGO Fern, could be in Article 4, which crystallises the long-term goal of the agreement.

Article 4 states that to keep global warming “well below” a 2C rise above pre-industrial levels, and possibly below a 1.5C rise, the world should “achieve a balance” between emissions and removals of greenhouse gases in the second half of the century.

In other words, the world should become carbon neutral. But this, says Mowat, is likely to be impossible, even if use of fossil fuels ceases by 2050, because of the persistence of emissions in the atmosphere and because of ongoing deforestation.

Therefore, to have any chance of honouring the commitments in the Paris agreement, the world must not only stop chopping down its forests, it must invest in forest regeneration to soak up as much carbon dioxide as possible. This shouldn’t be seen as a cost – it is something that can have multiple major co-benefits for biodiversity, water, communities and soil.

The scene is therefore set for companies to do more on forests – not just to eliminate deforestation, but to facilitate reforestation and biodiversity.

Governments have committed in the Paris agreement to limit climate change, and the energy in the atmosphere. Business can expect to be leaned on heavily to help them deliver the promise.