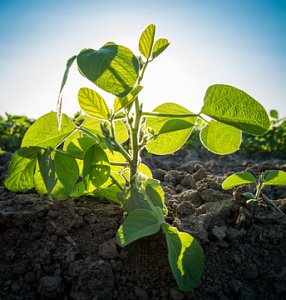 Genetically modified crops don’t really work. That is the broad conclusion of a recent investigation in the New York Times.

The newspaper’s main claim is that there is little evidence of rising crop yields and falling pesticide use in North America, where GMOs are extensively used, compared to Europe, where cultivation of GM crops is very limited.

Sharply dividing opinion of course, genetic modification’s proponents, include biotechnology companies and many farmers and scientists, and its opponents include environmental NGOs and many in the wider general public.

For many on either side, it is a black and white issue. GM is either essential to feed the growing world population, or is a deadly threat to biodiversity and environmental sustainability. Consequently, the New York Times investigation has either been seized on as a nail in the coffin of GM technology, or castigated as misinformed and misleading.

The main complaint against it is that it is a rather superficial reading of a complex situation. Commentary from one biotechnologist in business publication Forbes has labelled the report a “screw-up” and a “hatchet-job”.

By contrast, Tjerk Dalhuisen of the Monsanto Tribunal says the New York Times report underlines the “devastation of GMO monocultures”, because it shows that pesticide use does not necessarily decline with cultivation of GM crops.

The Monsanto Tribunal is an NGO initiative in which five judges in mid-October heard evidence of alleged environmental and human rights violations by Monsanto, the largest GM seed producer. The judges are set to deliver a legal opinion in December.

Dalhuisen says “GMOs are the way to control the food market” because they “reduce the availability of other seeds” and hand control of the intellectual property to big companies. Nevertheless, he adds, the Monsanto Tribunal, which Monsanto declined to attend, is “no fake trial” and it will be “up to the judges” to reach independent conclusions.

Others see the ongoing argument about GM as just a distraction, to the despair of many scientists.

Ottoline Leyser, a Cambridge University genetics professors and a fellow of the Royal Society, says “we need to stop and zoom out”. GM is “one technology out of many available options,” she adds.

The question that should be asked is “how can we improve food security and environmental sustainability”, while ensuring social justice, she says. The answer is likely to be that multiple approaches are needed, including improvements to conventional agricultural practices, better tools, more cooperation and also biotechnology, including genetic modification and other emerging technologies such as CRISPR.

Scientists have been trying to get this point across. Earlier in 2016, the US National Academies of Sciences, Engineering, and Medicine completed a major review of the impact of GM crops, finding that GM has generally been beneficial for farmers, but the benefits vary widely depending on agricultural conditions and practices.

The review also found that farmers have benefited from improvements in conventional plant breeding, and often it is impossible to score GM and non-GM approaches as more or less beneficial than each other.

The review also finds no evidence of health or environmental harm from GM. The overall conclusion is that GM is of value when the right crops are used in the right places.

In many circumstances, other techniques and approaches would equally be preferable. But the ongoing black-and-white GM debate tends to obscure these nuances, and by doing so, it may of course undermine progress towards food security and sustainable agriculture.