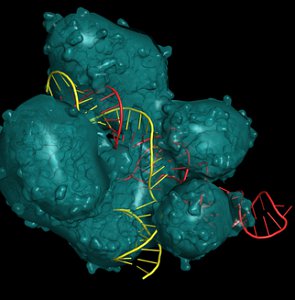 Hopes are high for CRISPR, an emerging genetic technology that has been called “ground-breaking”, “jaw-dropping” and a potential boon for sustainable agriculture.

CRISPRs – clustered regularly interspaced short palindromic repeats – are DNA sequences that can be used like scalpels to edit genomes, the genetic material of living things. Using the technique, precise cuts can be made to genomes. Parts of the sequence can be excised and other bits can be inserted.

Development of CRISPR started in 2011 and the technique has since come on in leaps and bounds. Among other things, it has been highlighted as a way of modifying the genetic sequence of crops to make them more resistant to drought and diseases, more able to survive in difficult conditions or to have certain characteristics.

CRISPR is still in the experimental stage. US chemicals and biotech giant DuPont, for example, which is working on CRISPR-edited corn and wheat that will need less water and produce higher yields, reckons that full exploitation is five to ten years away.

But the main benefit of CRISPR might be that CRISPR-edited crops may be viewed less controversially than genetically modified organisms. Rather, CRISPR could be seen as a high-tech extension of traditional plant breeding and animal husbandry.

A key point is that whereas GM involves the introduction of genes from other species into plants and animals, CRISPR is a way of editing what is already there for maximum benefit.

Neal Stewart, a professor of plant sciences at the University of Tennessee says CRISPR can be viewed as “more of a breeding tool than traditional genetic engineering, especially when no foreign DNA remains in the host plant genome”.

“Hopefully we learned a few things from the genetic engineering PR debacle,” and CRISPR could prove a “terrific tool for sustainable agriculture,” Stewart says.

Nevertheless, there will be difficulties and detours for CRISPR on the road ahead. There is, inevitably, a grey area between CRISPR and GM. To ensure acceptance, “there needs to be transparency in development of the products as well as the risks and benefits in deploying new CRISPR-edited varieties,” Stewart says.

And given that GM can be a red flag issue for many activists, companies developing CRISPR will inevitably be subject to close NGO scrutiny and be possible targets of campaigning, and should plan accordingly.

There is also the question of what CRISPR crops will be used for and who will benefit. CRISPR could be used to increase the amount of meat on Brazilian beef cattle. But then is this improvement the right approach when the best sustainability option might be to reduce global beef consumption?

There are also worries that if CRISPR is used to produce herbicide-resistant strains of crops, the result will be more crop spraying, not less.

CRISPR could also threaten natural biodiversity. If crops are CRISPRed so that, for example, they are no longer attractive to certain insects, the population of those insects could decline, with unforeseen consequences elsewhere in the ecosystem.

So far, the debate about the implications of CRISPR has been limited, and the rules of the game have yet to be developed. US authorities decided in April that a gene-edited mushroom did not need to go through a regulatory approval process, because it contains no foreign DNA and is not considered a GMO. Such decisions could greatly speed up the proliferation of CRISPR crops.

Europe is typically more cautious in these areas, but the European commission says it has not yet made up its mind. “Some reflection on the breeding techniques is ongoing”, but “the outcome and the timeline cannot be pre-empted,” according to commission spokesman Enrico Brivio.

Hopes might be high for CRISPR, but it looks like the next five years will show whether the technology will really prove to be a viable step forward for sustainable agriculture that its champions think it might be.