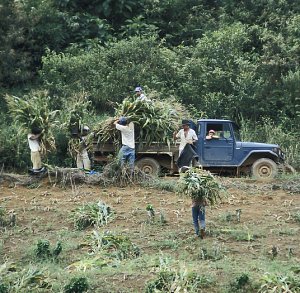 Settlers need to be sensitive

We read the reports so that you don’t have to

The study, from the UK’s University of East Anglia, looked at 1,911 settlements in 568 counties. Together, they cover over 267,000 square kilometres, equivalent to 5.3% of Brazil’s Amazon region. Forest cover within settlements declined to an average of 43.5% as deforestation rates and forest fires increased. Under the country’s agrarian reform programme, 1.2 million farmers have been resettled in the Amazon since the 1970s.

The study follows findings from the Brazil-based National Institute for Space Research (NISR) indicating that deforestation in the Amazon shot up by 63% in the 12 months to 31 January 2015, compared to the same period a year earlier.
Contrastingly, official government data covering August 2013 to July 2014 suggests deforestation decreased by 18% during this period compared to previous years, with 4,848 square kilometres of rainforest lost to fires, illegal logging and other causes. The number is down from 5,871 square kilometres for the same period in 2012/2013.

Until 2014, Brazilian deforestation had not increased since 2008, according to NISR. Environmentalists had hoped that the government’s creation of the Action Plan for the Prevention and Control of Deforestation in the Legal Amazon in 2004 had set the country on a path of continued improvement.

The Roundtable on Sustainable Palm Oil will need to drive up market demand if it is to hit its target of 100% certified sales in Europe by 2020, the membership-back group has admitted. A similar transformation is required among buyers in the key palm oil markets of India and China, although the challenges are even greater. RSPO has set a modest 2020 target of 30% and 10% respectively for the two populous countries.

RSPO currently certifies 3.16m hectares, which produce 11.61m tonnes of sustainable palm oil every year – equivalent to 20% of global production. Only 2.43m tonnes (21% of the total certified production) was sold as a segregated or mass balance in 2014. This increases to 5.35m tonnes (46%) when certificates for certified palm are included.

Europe is by far the biggest buyer of certified palm, with a market share of 59%. By 2050, the worldwide demand for palm oil is expected to increase from 51m tonnes today to between 120m and 156m tonnes, accounting for around 65% of all oils traded, according to RSPO.
Under RSPO rules, its 53 producer companies are prohibited from clearing new primary forest and high conservation areas for palm oil production. New plantations, meanwhile, must avoid peat areas.

Forest certification standards in China are to be governed under a new regulatory framework, the Chinese government announced recently. The new arrangement will require certification bodies that currently audit Forest Stewardship Council (FSC) certificate holders to gain accreditation for the China Forest Certification Council standard as well. China’s Certification and Accreditation Administration does not specifically list FSC in its revised list of authorised certifications, although FSC says it has assurances that its standard will remain valid in the country.
Separately, the board of FSC recently approved a set of international generic indicators that are designed to develop national and interim national standards for forest stewardship. The indicators were developed over three years. The initiative builds on FSC’s international outreach programme. In June, for example, FSC signed a cooperation agreement with the Republic of Congo to facilitate international market access for FSC-certified trees originating in the country. Almost 2.5m of government-owned forest concessions are now FSC certified, representing 50% of FSC-certified forest area in the Congo basin. The government’s target is to develop all forest concessions (representing around 11m hectares) by 2016. It plans for half these concessions to certified as sustainable.