Did the Indonesian Palm Oil Pledge fail or succeed? 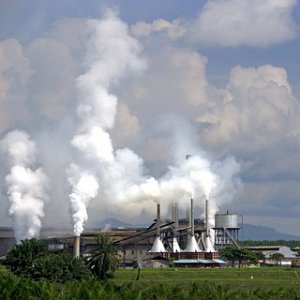 IPOP has been disbanded, but despite its demise companies say they will stick to their commitments

The Indonesian Palm Oil Pledge is no more. The six palm oil multinationals that comprised its signatories said on 1st July that they would phase out the arrangement because “recent groundbreaking policy developments in Indonesia have fulfilled the purpose of IPOP... and therefore its presence can be dissolved.”

IPOP was brokered in 2014 by the Indonesian Chamber of Commerce to promote sustainability in Indonesia’s palm oil sector. The original signatories – Asian Agri, Cargill, Golden Agri-Resources and Wilmar, with Musim Mas joining in 2015 – committed to palm oil that is deforestation-free, that is not derived from plantations on peatland and that promotes social inclusion.
The pledge seemed to be making good progress, attracting support from smallholders and providing a channel to influence government in Indonesia. For example, IPOP was part of the push towards sustainability in Indonesia that led in 2015 to an extension of a moratorium on new commercial activity in the country’s primary forest and peatland.

So why bow out now? Unfortunately for IPOP it was seen as treading on governmental toes, and was resented by Indonesia’s mid-size palm oil companies, which saw the no-deforestation pledge as a check on their business. “There was big-time government pushback,” says Richard Donovan, senior vice-president and vice-president of forestry at the Rainforest Alliance.

A threat that IPOP would be scrutinised as a possible cartel by antitrust authorities seems to have been the final straw. Indonesia’s competition authority said in April that it would investigate IPOP as having a “negative impact on business competition”.

The companies involved in IPOP have been reluctant to comment beyond a 1 July statement in which they committed individually to continue to work on sustainability, and welcomed recent moves by the Indonesian government, such as “the moratorium on peat development, the formation of the Peat Restoration Agency, and the moratorium on expansion of palm oil licenses as announced by President Joko Widodo in April 2016”.

There is also an Indonesian government alternative to IPOP, the Indonesia Sustainable Palm Oil standard. This, however, is seen as a pale imitation. Lorelou Desjardins of the Rainforest Foundation Norway says IPSO is “completely different from IPOP as it is restricted to compliance with Indonesian laws and regulations, without aiming at no deforestation, no peat, no exploitation”
Overall, the disbanding of IPOP is seen as a setback in the battle for sustainable palm oil. Its closure “gives even more space to the government and companies to continue business as usual,” Desjardins says.

IPOP ultimately failed to become “a progressive industry initiative which could push the Indonesian government to support the necessary transformation of the palm oil sector”.

And the dissolution of IPOP could also be interpreted as a warning to similar initiatives by big companies. The Indonesian government attacked it on the basis that it was undermining Indonesia’s national right to control the destiny of its palm oil industry.
Donovan says that a “sovereignty, nationalist dynamic” is “almost the flavour of the day right now” in global trade. He cites Brexit – the United Kingdom’s decision to leave the European Union – as another example of this. The ending of IPOP could be part of a trend in which national governments seek to re-impose their control.

On the positive side, there are no signs of backsliding by the IPOP signatory companies on their individual sustainability commitments, and the big buyers of palm oil continue to demand supply chain transparency and sustainability. But companies might need to consider “other kinds of collaboration,” that can resist pressure from governments, Donovan says.