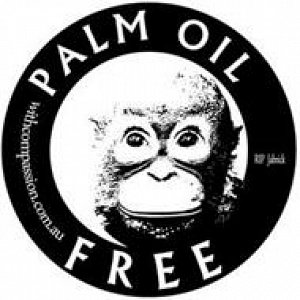 Coming to a product near you?

While it has been talked about for years, it does seem that consumers are becoming more aware and savvy about their purchase choices. In increasing numbers they want to know whether their food products have been produced abiding by strict animal welfare standards, and if farmers are being paid well or whether the products they buy conform to organic or other certification schemes.
But palm oil – used as an ingredient in everything from margarine to toothpaste – remains something of an anomaly with consumers.

Some consumers might have seen NGO campaigns linking palm cultivation with tree loss and orangutan habitat destruction. But those attempts have been somewhat piecemeal and the connection often lost in the complexity and confusion of such supply chains before palm oil reaches products on supermarket shelves.
Which is why the announcement of a new consumer-focused certification scheme for the commodity is such an intriguing development.

Adopted first in the UK and Australia, the world’s first international Palm Oil Free Certification Accreditation Programme (POFCAP) is apparently a response to consumer demand for transparency in labelling on the issue of palm oil sustainability. Making use of a cute orangutan brand, known as Jabrick, which will feature on product labels, the first company to signup to have its products approved for certification is Clean Conscience.

And achieving accreditation appears to be fairly rigorous, involving an exploration and tracing of all potential palm oil (and derivatives) ingredients of a product back to its source, and POFCAP says it won’t certify a product solely on a “palm oil free” statement from an ingredient manufacturer because “experience and research has shown this method does not always produce correct results”. It also says that “back engineering” a product is also not 100% reliable as it may reveal a product’s ingredients but not its source.

Of course, those that appreciate the importance of such transparency given the length of intricacies of palm oil supply chains will appreciate POFCAP. But are consumers ready for such a mechanism and will they pay attention to Jabrick badges.
The organisation behind it certainly thinks so. “Many companies say their products are palm oil free but [they] are not and there was no certifying body to access to be able to check,” says Bev Luff from POFCAP.

Luff acknowledges that, until now, understanding the link between conscious consumerism and environmental destruction has been very difficult, given that palm oil is used to make thousands of derivative ingredients used in more than 70% of products on supermarket shelves. She says the new certification programme has the capacity to assess if a product is palm oil and palm oil derivative free – and the fact that is it is “not business-led but consumer-led” is crucial.

While pointing out that until now there has been no independent certifying body for palm-oil-free products, Luff argues that consumers can have faith that the same strict set of international standards and criteria will have been used regardless of the country in which the product was manufactured. She says this will be similar to other independent certification trademarks for wool, gluten free, fairtrade, cruelty free, and many others.

Whether other companies follow the lead of Clean Conscience – which is “extremely excited and proud” to be a making use of the POFCAP brand – remains to be seen.

The recent Belgian court ruling that advertising claims about the health and environmental benefits of palm free products are illegal will no doubt play a role in determining the appetite for involvement and the ultimate success of such a consumer-led scheme, especially when so much work is going into developing a sustainable palm oil production sector.
So while consumers might want to know that products are palm oil free – something POFCAP will no doubt do well – the question remains as to whether consumers are ready to understand what that actually means, and whether it’s any better than sustainable palm oil.

The rate at which companies sign up to the new scheme may, of course, be the best initial indication of the eventual direction of travel.

Join the debate at Innovation Forum's conferences on business and deforestation in Jakarta and London this autumn.