Eco-anxiety is coming, but is it all doom and gloom? 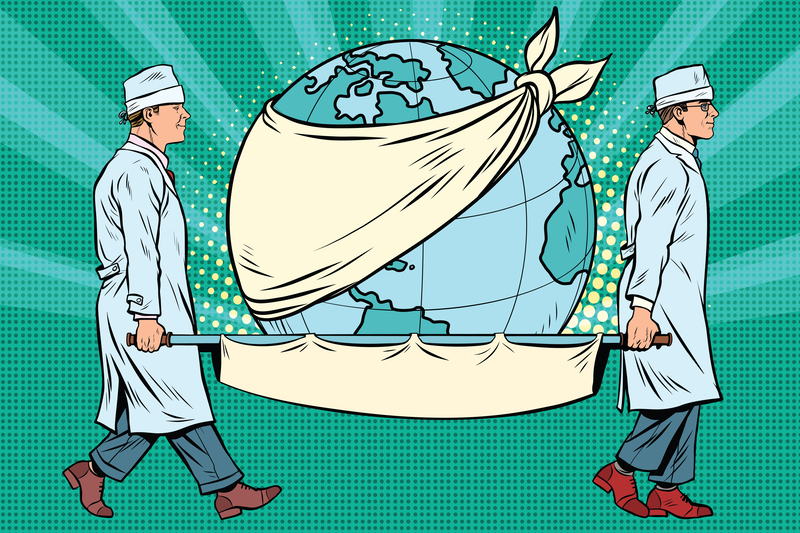 With the challenges facing us all, a degree of negative thinking is inevitable. Inspired business leadership is the answer, argues Paul Hohnen

Some readers might have judged my previous posting for Innovation Forum, about the prospect of the new normal being rapid and unpredictable changes in natural and social systems, coming as it did just before Christmas, as excessively gloomy and ill-timed. Developments since, however, have only reinforced its central thesis. We live in uniquely challenging times and dramatic change is needed.

Since the start of 2020, a series of developments have only served to underline the fragile state of our planet. These have included ministerial and other high-level statements and reports about the urgent need to take action now to address the climate emergency, mass extinction of wildlife and destruction of life-supporting ecosystems.

A recent report on environmental governance by the International Institute for Sustainable Development summarised the situation thus: “Given historic inaction, nearly every system on the planet is in danger. Yet, despite the thousands of pages of scientific evidence, intergovernmental political processes remain deadlocked on so many issues. Policy makers could not mount the type of response commensurate with the science.”
Out of balance

Now, on top of this, has come Covid-19 which serves as a reminder of the enormous and unpredictable economic and social damage that disruption of eco-system balance (for which inter-species viral transmission is just one proxy) can cause.

Little wonder, then, that in the face of a rising tide of bad news, medical and psychologist waiting rooms are seeing a growing number of patients suffering from various forms of related depression and anxiety. If you haven’t heard about it yet, you soon will.

While the condition is yet to receive formal medical recognition, terms such as “eco-anxiety”, “climate distress” and “eco-angst” are among the many being used by health care professionals to describe conditions ranging from burn-out to depression and grief resulting from the growing recognition of massive and rapid global environmental damage.

Evidence, then, that the human species, on top of all the other physical challenges it faces, might also be facing a psychological tipping point.

It is important to recall that environmental concerns have been the primary driver behind the school climate strikes and marches where, for the first time, children have been in the majority of the public protest movement. Not surprisingly, children have been among the most affected by eco-anxiety, with Greta Thunberg being the most prominent example.

As a recent WHO/Unicef/Lancet report put it “today’s children face an uncertain future”, with every child facing “existential threats”.

Indeed, the medical journal Lancet has suggested elsewhere that related mental health dimensions should be treated with the same seriousness as food security.

Other mainstream scientific publications, including New Scientist, have gone further, not only identifying the problem, but also offering tips on how to cope with the sense of despair that can accompany even a limited level of environmental awareness.

While the dimensions of the problem are yet to fully be revealed, it seems clear that eco-anxiety is not limited to children and those with the greatest stake in the future. Anecdotal reports suggest that communities such as farmers and other affected by droughts, fires and other factors changing the landscape can be just as dramatically affected.

Indeed, one hears of despair and depression everywhere. Of the failure of leadership by governments, political parties and business, and the need for vision and inspiration.

Perhaps one of the reasons that people like Greta Thunberg have become so popular. This looks increasingly like the beginning of a trend, not the end of one. No family, business or community is likely to be immune from growing existential angst.

However, there are some chinks of light. For the business sector, the development is likely to have impacts at a number of levels.

·      Market opportunities: new urgency among consumers, investors and governmental authorities to have products and services to prevent or adapt to the climate and other sustainability emergencies.

·      Risk profile and reputation: sudden collapse of confidence in sectors associated with problems – real or perceived – but conversely opportunities for the businesses on top of the challenges.

As planetary health worsens, we can expect that human health, both physical and psychological, will also come under increased pressure, together with health care services.

In this regard, Covid-19, following Ebola and Sars, might be seen as just another warning of the costs of crossing planetary boundaries, just as the increased intensity and frequency of extreme weather events is of climate change.

The case for inspiring, positive, compassionate business leadership has just got stronger.