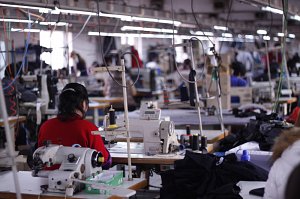 The Clean Clothes Campaign is calling on consumers to send back garments to fashion brands because of an alleged living wage “defect”. The Europe-wide coalition states that garment workers in the global fashion industry earn 20-30% of a living wage.

Clean Clothes intends to hand over a petition to major fashion brands – the petition has so far garnered over 110,000 signatures across the EU.

The Amsterdam-based Clean Clothes Campaign declines to give a figure for what constitutes a “living wage”, arguing that it varies from country to country. However, the organisation states that a wage for a standard working week (no more than 48 hours) should enable garment workers to cover the costs of their food, housing, healthcare, clothing, transportation and education costs, as well as generating a small amount of savings for any unexpected events.
According to the United Nations Industrial Development Organisation, global average wages in the clothing and textile industries are 35% and 24% lower respectively than average wages in the manufacturing sector.
Luxemburg currently has the highest statutory minimum wage of $12.40 per hour (purchasing power parity), according to the most up -to-date OECD figures. Next comes France ($11.50) and Australia ($10.80). The lowest statutory wages in the OECD are to be found in Estonia ($3.60), Chile ($3.40) and Mexico ($1.00). Eight OECD countries do not have a minimum wage, including Italy, Switzerland and the Nordic countries). However, a large part of the workforce is covered by sector-level agreements in these cases.
Currently, 52 states are signatories to ILO Convention 131, which requires governments to establish a minimum wage. Roughly half of the 150 countries recently surveyed by the ILO set a minimum wage in the light of consultation with a specialised body. The ILO notes that many workers only achieve minimum wage salaries by working very long hours.

The Ethical Trading Initiative (ETI) says it is “delighted” that the UK government has set the revenue bar for companies subject to the new UK Modern Slavery Act at £36m. The act, which was passed in July 2015, coming into force in October 2015, obliges all companies over the £36m threshold to produce an annual statement on their strategies to combat modern-day slavery in their supply chains. The ETI, which represents 88 companies with a combined turnover of over £166bn, says the legislation comprises a “game-changer”.

The UK legislation follows the California Transparency in Supply Chains Act (SB-657), which was introduced in 2010 and came into effect in January 2012. The law requires manufacturers and retailers doing business in California to provide explicit information on their websites regarding efforts to address slavery, child labour and human trafficking in their supply chains. In late July, two members of the House of Representatives (from New Jersey and New York, respectively) submitted a similar bill designed to encompass all US firms with revenues of over $100m. The proposed Business Supply Chain Transparency on Trafficking and Slavery Act of 2015 is expected to be heard next by the house committee on education and the workforce.

According to the charity Free the Slaves, up to 36 million people are enslaved every year, generating revenues of $150bn through their labour. Most modern-day slaves (78%) are in forced, bonded or other types of obligatory labour, while around one fifth (22%) find themselves in sex slavery.

Over half (55%) of slavery victims are female and around one in four (26%) are children. India has the highest number of estimated slaves, at 14m. Free the Slaves defines slavery as “being forced to work without pay, under the threat of violence, and being unable to walk away”.

The 193 member states of the UN have provisionally agreed to include a pledge to eradicate slavery and forced labour in the new Sustainable Development Goals.
Do national plans on business and human rights work?
US development agency USAID says it should establish human rights grievance mechanisms to correspond with its field mission activities at a national or regional level. In a submission to the US secretary of state, USAID has also pledged to create a mechanism at its headquarters to address complaints associated with programmes and projects implemented from Washington DC.
However, the agency believes it is not necessary for its private-sector contractors to provide similar access to remedy to address human rights grievances.
The commitments emerge from the US government’s consultation for a national plan on business and human rights, launched by the White House in September 2014. The goal of the consultation, which closed in April 2015, is to “promote and incentivise” company conduct in line with the UN Guiding Principles on Business and Human Rights.

Other recommendations include Amnesty International’s call for a specialised government agency to be set up to monitor and enforce corporate human rights due diligence and disclosure requirements. The US Chamber of Commerce, meanwhile, cautioned against the adoption of new laws relating to human rights. It also objected to the premise that companies only take account of human rights if and when a mandatory regulatory system is in place.

The UN Human Rights Council adopted the guiding principles in 2011. They represent the first global framework addressing the responsibility of corporations for human rights impacts. To date, only Denmark, the Netherlands and the UK have national action plans to implement the principles.

In July, the Council of the European Union urged member states to include national action plans on implementing the guiding principles in their national “CSR Strategies”. It also called on members to share experience and best practice in development of such plans. As yet, the US government has not published a date for the release of its proposed national plan.