Europe must focus on a Green New Deal (not Brexit) 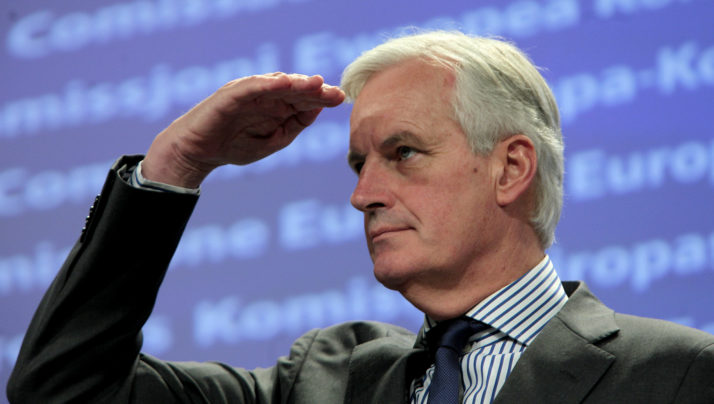 Can Barnier and colleagues find the right path?

Political leaders and others should build on the gathering momentum towards building a truly robust new economy, argues Paul Hohnen

The Green New Deal (GND) concept, as I raised via Innovation Forum earlier in the year, has only acquired greater media and political debate since.

Predictably, most of the media attention in the past four months has been on the highly politically-polarised discussion in the US.

There, GND has inevitably been cast as either as a socialist, big government anti-capitalist conspiracy, or an ambitious “moon shot” style programme to give the US the clean energy, jobs and infrastructure it needs.

In Europe, too, the issue has risen up the political agenda. This has been prompted by diverse factors, including the upcoming European parliament elections, the impact of Greta Thunberg and the student climate marches, and the Extinction Rebellion protests.

Most recently, GND received the imprimatur of former European Commission Michel Barnier. Writing on 17 April, Barnier – currently best known for his role as the EU’s chief Brexit negotiator – called for a “sustainability pact” at the EU level that would launch a “green EU New Deal”.
Paris targets

Such a deal, he said, is urgently needed to meet the EU’s Paris climate targets, to create a resource efficient circular economy, and to protect biodiversity. While not being specific about financing, he acknowledged estimates that €180bn annually will be needed just to meet the Paris targets.

At the same time, in a tweet on 22 April, Jeremy Corbyn, the leader of the opposition Labour party in the UK, confirmed his plans for a “green industrial revolution”. This, he said, would “not only tackle climate change, but create thousands of new jobs across our country, make homes more sustainable giving people cheaper housing bills and expand public transport”.

Momentum is growing. While it won’t become law, in the UK House of Commons, Green MP Caroline Lucas, supported by Labour’s Clive Lewis, has tabled a bill calling for rapid decarbonisation as a route to growth. And hot on their heels, the UK government’s official advisory body, the Committee on Climate Change, published its proposed route to net zero emissions by 2050.

Build our way out of it?

Many of us have, for some time, been advocating for large scale infrastructure projects across Europe to fast-track sustainability in the energy and water sectors, while creating jobs and growing the economy. But I share the deep concerns of those who see three main obstacles to the successful uptake of a GND, whether in Europe or elsewhere.

The first of these is that too often the social dimension of the political argument is missed, and in this respect, Jeremy Corbyn comes closer to the mark than Michel Barnier.

While well-founded and urgent climate concerns will progressively win some additional supporters, any large-scale initiative must offer the prospect of more and better paid jobs, in local communities all over Europe. As one of the gilets jaune protestors commented in France, while elites may talk of the end of the world, their cause is more “the end of the month”.

Here, migration and integration issues will also need to be addressed and de-toxified. As many earlier periods of history have shown, however, migrant labour was often the backbone of major periods of reconstruction and facilitated integration at the same time. Combined with sensible policies on managed migration, a GND could play an important role in this context.
The China question

The second issue to address is the “what about China and India?” counter argument. What’s the point, it is asked, of costly domestic investments in climate and related social infrastructure if emissions from these and other emerging economy countries continue to rise?

The counter arguments are numerous, but need to be made more pro-actively, consistently and better.

They range from the fact that sustainability technology will provide most of the competitive innovation and growth in the 21st century (witness Chinese solar panels), to the fact that domestic social and environmental investments in improving climate resilience and adaptation will be essential to maintain any resemblance of the national cultures and landscapes we now enjoy.

The third point is finance. How can we pay for a GND and who will pay?

Here, again, there is a suite of solid arguments to be made. These range from the unthinkably higher costs – to everyone – of failing to prevent a social, economic or environmental meltdown, through to the use of some mix of green bonds, quantitative easing, shifting the tax base from labour to energy/raw materials, and increased taxes on the ultra rich, and so on.

If there’s one lesson from the Brexit history to date, it’s that the business sector needs to go on the front foot more effectively in championing the positive policy solutions to looming political, social and environmental own goals.

As Michel Barnier put it: “The best time to launch a Green EU Deal was years ago. The next-best time is now.”