Extractive sector ownership transparency, but not yet 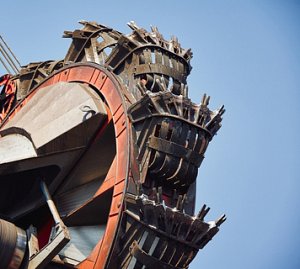 So first the good news. Campaigners are hailing the 2016 Extractive Industries Transparency Initiative Standard as a significant victory in the battle for greater openness about the utilisation of profits from natural resource exploitation.
The new standard, which was finalised in February after much argument, is an updated version that includes new provisions requiring EITI countries to ensure that mining and other resource-extraction companies declare their ultimate beneficial owners.
The beneficial ownership declarations will supplement existing disclosures that companies in EITI compliant countries must already make on tax payments, licences, contracts, production and other key elements related to resource extraction. Currently, 31 countries, from Albania to Zambia, are EITI-compliant. In those countries, the details given by companies about the resource-extraction related payments they make to governments are tallied with government receipts to identify any gaps through which money might be siphoned.
EITI is generally considered to have been effective in contributing to greater transparency around the profits from resource extraction, and making sure that the right revenues end up in the right coffers. Originally a British government initiative and now headquartered in Norway, EITI is based on the principle that “more openness around how a country manages its natural resource wealth is necessary to ensure that these resources can benefit all citizens”.
Disclosure struggle
Nevertheless, getting agreement on the beneficial ownership disclosure rule was a struggle. The rule is supposed to ensure that corrupt officials who might be involved in the award of concessions to extraction companies are not also in some way profiting from those concessions. Some countries resisted the rule and sought to delay or scrap it, as Innovation Forum reported last year.
Asmara Klein of NGO coalition Publish What You Pay says that finalising the rule “was a big battle for us and there was a lot of push back”. That it was included in the 2016 standard “was a very big victory”, she adds.
The 2016 standard defines a beneficial owner as “the natural person(s) who directly or indirectly ultimately owns or controls the corporate entity” – a “good definition”, Klein says. Disclosure of beneficial ownership should also identify any “politically exposed” persons, according to the standard.
The compromises
But, inevitably, every deal has some downsides. Those pushing for the beneficial ownership rule have had to compromise in some areas.
The rule was supposed to take effect from the start of 2016, but this has been pushed back to 1 January 2020. In the meantime, a “roadmap” on the details of disclosure of beneficial ownership information will be drawn up. This gives a few more years for the unscrupulous to profit from shadowy deals, NGOs argue.

In addition, there will be no mandatory register of beneficial owners. Rather, the 2016 standard recommends “that implementing countries maintain a publicly available register of the beneficial owners”. And beneficial ownership information should be included in corporate regulatory filings only “where possible”, according to the standard.
Progress, progress
Nevertheless, there is a feeling that, step by step, progress is being made, and transparency is increasingly becoming the norm, rather than the exception.
EITI is also going through a leadership change, with former Swedish prime minister Frederik Reinfeldt taking over the chair from former UK international development secretary Clare Short. Campaigners for greater openness hope Reinfeldt will steer the beneficial ownership disclosure rule to effective implementation.
Sustainable extractives forum
27-28 April 2016, London
As low commodity prices persist and expectation for responsible business practice continues to grow, the sustainability challenges faced by the sector have arguably never been greater. This event focuses on solutions and strategy, highlighting innovative practice across the extractives sector in managing risk and creating shared value. Reserve your pass here.