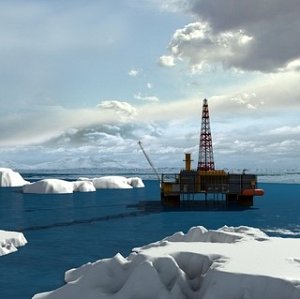 Shell were "surprised" at opposition to drill in Arctic

Asset ownership secrecy depriving states of revenue
Global Witness is putting pressure on the Extractive Industries Transparency Initiative (EITI), which boasts more than 90 of the world’s biggest oil, gas and mining companies among its members, to make the anonymous ownership of oil and mining assets in a number of Africa countries a thing of the past.

In a recent report, Global Witness claims oil and mining assets worth $4bn have been allocated to companies whose ownership is “obscure”. The secrecy of lucrative deals in Nigeria, Angola, and the Democratic Republic of Congo to award oil and mining licences to private organisations could be depriving states of revenue that might be spent on health and education, argues Global Witness.

While EITI has said it agrees that there is “urgent need for a substantial increase” in the levels of transparency being shown across the extractives sector, it has yet to decide whether it will mandate all countries involved in the initiative to disclose the true owners of oil, gas and mining companies or assets.

Amnesty International has turned its attention to Colombia, which it says is not doing enough to prioritise the rights of indigenous people and afro-descendant communities, and instead focusing purely on economic interests.
It wants communities to decide how their land is developed and, in a recent report, argues that Columbia is doing too much to support the efforts of companies to exploit territories for profit.
The backdrop to this latest campaign is the ongoing peace negotiations between the government and the guerrilla group Revolutionary Armed Forces of Colombia (FARC). Many people that were forced from their lands during the armed conflict between the two are now looking to return. Amnesty International predicts that the civil war in Colombia has forced around six million people from their homes since 1985 because of violence. Now, it says that any peace deal is meaningless unless the rights of indigenous people are protected.

So, companies are very much on the charity’s radar right now as it highlights displacement activity and what it sees as the unfair granting of licenses to mining firms looking to exploit Colombia’s natural resources, often without obtaining free, prior and informed consent.

Despite a 2012 land restitution and reparation programme being initiated for some of the victims of the armed conflict, few of those claiming their lands back have been able to gain legal ownership over them, making it easier for companies to move in, Amnesty International says.

Shell gives up drilling in the Arctic
Did Shell abandon its drilling operations in the Arctic because of mounting opposition from environmentalists? The energy business had been pursuing exploration in the region, convinced of the enormous hydrocarbon potential there. But, according to some reports, executives within the business were “surprised by the popular opposition it faced”.

Having made a discovery of oil and gas in the Alaskan Arctic’s Chukchi Sea, Shell said that it was not enough to continue the search for the “foreseeable” future – a move expected to cost the company around $4.1bn in lost future earnings.
Some reports suggests that continued exploration in the Arctic was undermining the company’s attempts to influence the debate about how climate change might be tackled. It was forced to exit membership of the Prince of Wales’ Corporate Leader Group – a group it helped to found – because of its drilling activity.
The likes of Greenpeace were quick to claim responsibility for Shell’s decision, saying that it was a “big nod” to the global opposition to the company’s Arctic drilling plans, and especially the seven-million-strong Save the Arctic movement.