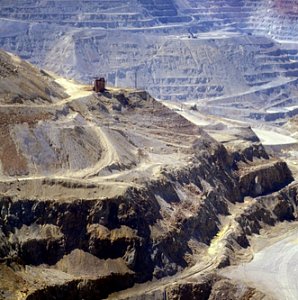 Show us the money

Corporate ownership details, and who knows them, remain controversial for the extractive sector

There are some signs that the Extractive Industries Transparency Initiative is slipping on a commitment made in 2013 to require the disclosure of the ultimate beneficial ownership of the oil, gas and mining companies that fall under its umbrella.
The commitment was supposed to take effect from 1st January 2016, but that looks unlikely after the EITI board was unable to agree on its finalisation at a 21st-22nd October meeting. Republic of the Congo, an EITI-compliant country, in particular pushed back against the plan.

Generally well regarded by industry and campaign groups, EITI was formed in 2003 as a British government initiative to improve transparency in the extractives sector. It was set up to ensure that revenues from natural resource exploitation – taxes and payments for concessions, for example – end up benefiting the developing countries and their people, rather than in the pockets of corrupt officials, or in tax havens.
Follow the money
In adopting the EITI standard, countries with extractive sectors require relevant companies to disclose information on their tax payments and other sums paid to government. These figures are tallied against government data on revenues from the sector to get an idea of whether any money is going missing
Currently, 31 countries are compliant with the EITI, and another 18 are working on it.

Countries that fail to stick to their commitments can be suspended, as is currently the case with Indonesia, Tajikistan and Tanzania for missing reporting deadlines, and with Central African Republic and Yemen because of political instability.

The requirement for companies to disclose their beneficial ownership was supposed to reinforce the standard. A recent Global Witness report highlighted how the EITI might be undermined if the ultimate owners of companies are not known. It calculated that in just four countries (Angola, which is not an EITI member, the Democratic Republic of Congo, Nigeria and the Republic of the Congo), assets worth $4bn have been allocated to companies with “obscure” ownership.
The concern is that those hiding in the shadows could be corrupt officials involved in the award of natural resource extraction concessions.

A matter of confidence

However, according to Global Witness, the lack of such a rule will erode confidence in the EITI standard and will allow shadowy companies to take advantage of the EITI to whitewash their activities.
But the main risk to the EITI might be that the division over whether or not to introduce a rule that could create, in effect, two tiers of countries that are considered EITI-compliant. The European Union countries and a number of others, including Cameroon, Mongolia, the Philippines and Sierra Leone, have already opted to unilaterally introduce requirements for the ultimate ownership of extractive-sector companies to be declared.
Two-tier EITI?

Others are likely to join them, including some of the countries that participated in the EITI pilot programme.

EITI regional director Dyveke Rogan says that “despite some of the challenges encountered, many pilot countries appear to have decided to continue to pursue beneficial ownership even if the pilot phase is coming to a close, and have included such disclosures in their terms of reference for upcoming reports”.
But if one set of countries chooses to go it alone on the issue, while others are left behind, a split could emerge that could leave the EITI standard irrevocably weakened. The EITI has a board meeting in Kiev in December, and then its global conference in February 2016.
These will be opportunities for the initiative to ensure that the commitment to mandatory disclosure of company beneficial ownership does not fall off the agenda for good.