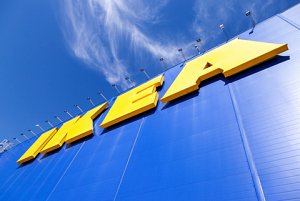 While paying a living wage to staff is good for business, making sure workers further along the supply chain also receive improved pay is becoming an increasingly important, if complex, challenge

When the Swedish flat-pack furniture chain Ikea announced  that it would pay its UK workers a living wage, it was widely heralded as a major breakthrough by campaigners that had been calling on large corporates to help bridge the gap between take-home pay and the cost of living.
As the first major company in the UK to make such a move – agreeing to give more than 4,500 of its staff a pay rise from April 2016 – the chances are good that others will follow suit, despite the oft-heard objection that tackling low wages is virtually impossible in the retail sector.

But there is good reason for taking such a decision, says Greg Priest, Ikea’s head of sustainability policy. “We have always worked with the belief that what is good for people will strengthen our business,” he says, claiming that the company’s approach to assessing what constitutes a fair wage – and paying it – is improving staff retention and loyalty.

But companies paying a living wage to employees in internal operations in the developed world is one thing. Ensuring workers throughout their supply base are paid fairly is another altogether more complex matter.

However, this is where corporates are now being closely scrutinised for their actions – and where they must focus their efforts. Many people in emerging economies making the products consumed in the west struggle to survive on pay that is often not enough to cover the daily basics, like food and water.

So, are companies doing enough to improve the situation, with strong supplier policies or codes of conduct that reinforce the need to increase pay where necessary?

“Not yet,” says Alistair Smith from Banana Link, which campaigns for, among other things, better wages for banana growers throughout the world. “The retailers are fearful of extra costs. They worry that better wages being paid throughout the supply chain will affect prices – but that’s not always the case.

“Take a commodity like tea. You could have zero change to the retail price by re-engineering the distribution of value along the chain and achieve a living wage for workers quite easily.”

A big question for corporates trying to solve the living wage conundrum is: how much is a fair amount to pay? What is the right level?

Ikea is currently working with the Fair Wage Network to assess what a fair wage is in a number of its supplier locations in Turkey and Bangladesh – a wage that “enables families to thrive, not just survive”, says Priest.

For the Coca-Cola Company, where workers are unionised it engages in collective bargaining, taking into account the cost of living and local market conditions to determine the right level of pay. “Where our workers are not unionised, we do comparative assessment against our peers, because we want to retain and attract talent,” says Brent Wilton, the company’s global director for human rights.

But benchmarking wages, while an important first step, is only part of the solution, according to the Ethical Trading Initiative (ETI).

“While coming up with a living wage ‘number’ may provide a useful rallying point, the real problem is not how much to pay, but how to ensure that wage setting systems are fair for workers and employers alike and keep wages in line with inflation,” says Sabita Banerji, the ETI’s knowledge and learning advisor – a point explored in the ETI’s latest briefing paper, Living Wages in Global Supply Chains: A New Business Agenda.
Living wages is one of many topics that will be debated at the Ethical Trade and Human Rights Forum in London, 19th-20th October. Click here for full details.