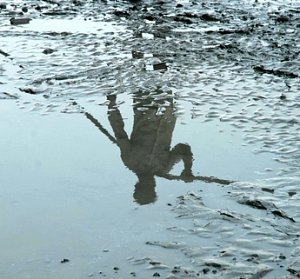 Venture capital to back new businesses developing technology to get to grips with modern slavery has been thin on the ground. New funds – with big brand support – are trying to change that

So far, the battle to rid corporate supply chains of the worst forms of human rights abuse has lacked structured backing from the financial sector to back the ideas and innovations that can drive solutions.

The impetus to eradicate modern slavery has more come from some serious NGO campaigning, some business activity and, more recently, in the form of legislation such as the UK’s Modern Slavery Act.
But with more people in slavery today than were extracted from Africa over 400 years of the transatlantic slave trade, as Gary Haugen, CEO of the International Justice Mission has pointed out, the problem is not going to be solved any time soon. In the UK alone, there are said to be an estimated 10,000 to 13,000 slaves, according to the House of Commons work and pensions committee.
Real money

Now, though, new sources of finance are springing up, such as venture fund Working Capital, which aim to put some proper financial backing behind human rights innovators.

Devised by Humanity United, the foundation set up by eBay founder Pierre Omidyar and his wife Pam in 2005, Working Capital hopes to attract money that will accelerate the adoption of supply chain innovations that help companies operate more transparently and ethically.

It is a fund backed by big businesses, including Walmart, C&A and the Walt Disney Company, collectively contributing $19.5m, as well as government grants, with the UK’s Department for International Development pitching in a further £2.5m.

But what sort of tech innovations is the fund hoping to support? According to Working Capital’s managing director Ed Marcum, it’s about supporting solutions that by large multinationals want while also benefiting millions of vulnerable workers at the bottom of the economic pyramid.

Marcum says that companies "can't fix what they don't see" and that there is a growing market need for supply chain visibility. He argues that current solutions on the market are "inadequate" and that "few of the promising but unproven market-based solutions that have emerged to meet this demand are viable". This creates an opportunity for investment.

And the fund has already invested in a couple of start-ups. Provenance is a tech platform that uses blockchain to help brands and suppliers better trace the journey of products. And, Ulula is a data analytics platform that companies can use to engage with workers in real time and monitor any labour-related risks.

The fund will seek to support more of the same, focusing heavily on product traceability, worker engagement, sourcing platforms and recruitment tools. Therefore, technologies such as blockchain, machine learning, artificial intelligence and digital identity solutions will be on the radar.

Until now, venture funds to support innovation in the social space have certainly been thin on the ground. But as modern slavery has become ever-more firmly on the corporate agenda, interest from investors and business execs alike has grown.

In fact, the recent Davos World Economic Forum saw the launch of the Global Fund to End Modern Slavery, a similarly-collaborative initiative with governments, businesses and charities hoping to use finance to replicate the success of funds that have boosted financing to tackle Aids, malaria and tuberculosis.

For Will Hill from Long Run Works – a business that helps to run trade missions for clean tech start ups – to truly benefit millions of vulnerable workers in supply chains, the innovations funded will need to deliver a clear commercial advantage to the multinationals who adopt them. He says that, of course, the rights of workers should be protected no matter what, pointing out that greater consumer interest in transparency can only help.

Hill argues: “Adopting innovation in these areas needs to deliver clear consumer preference and commercial advantage for corporates if they are to become mainstream
But if these new funds and others have the inclination and the cash to back the right ideas then a clearer business case for cutting slavery out of corporate operations and supply chains will surely follow.

How to work with suppliers to tackle critical human rights risks