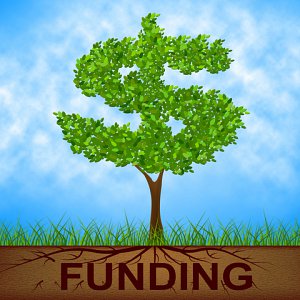 Investors keen to tackle deforestation have increasing options to reduce risk and incentivise conservation – but is forest-friendly finance ready for action?

For the world to achieve the climate change ambitions set by the Paris agreement, maintaining tropical forests is crucially important, as is engaging the national and regional governments of the countries where they exist.

Forests already remove 30% of all carbon dioxide emissions from the atmosphere – and by maximising their role as a carbon sink, they can remove much more. Some research even suggests that ending the loss of tropical forests and restoring a further 500m hectares could cut emissions enough to provide 10-15 years of additional time to reduce our use of fossil fuels.

To realise this potential, forest countries need economic support to both help improve agricultural productivity in a way that reduces the need for further land conversion and plantation expansion, and to increase the economic value of forests themselves when left standing. Brazil is an object lesson in how quickly a nation that has spent many years reducing its deforestation rates while developing agriculture production can so thoroughly reverse its position in the face of economic concerns.

Targeted investment to encourage and incentivise zero-deforestation efforts has had mixed success and there is no one silver bullet. Bridging the funding gap requires both private and public money – and a lot more of it. Making agricultural supply chains deforestation-free in tropical regions requires annual investments of $200bn, according to the World Economic Forum.

However, there is a perception that investment in climate change mitigation is high risk and offers low returns. Financing training for farmers on how to use the land more effectively, for example, is deemed to be high risk given the constraints of agricultural planting seasons, unpredictable weather conditions and the limited technical and management skills of farmers.

However, a number of risk-mitigating instruments are being used to help foster the required investments to be made. In Brazil, the ABC Programme has helped to make progress in offering sustainability-focused credit for smallholder farmers, for example.

There are also some examples of equity investment being made. The Moringa Fund, for example, is a €84m investment vehicle for agroforestry projects with high environmental and social impacts. Recent investments include a cashew company in Benin, a coconut and citrus company in Belize and a coffee company in Nicaragua.

Too early for bonds

The green bond market is growing too, with issuance reaching a record $90bn in 2016. However, the market is currently dominated by just a handful of sectors such as renewable energy, energy efficiency and transport. According to Global Canopy, issuing a green bond requires a well-established series of projects to securitise. With most sustainable land use projects not yet demonstrating this quality, bonds are not the ideal instrument for raising capital at this stage. However, this could change rapidly, Global Canopy says.

Meanwhile, divestment from risky commodity players continues. Between 2012 and 2015, the Norwegian Government Pension Fund dropped investments in 29 palm oil companies. In 2016 it targeted pulp and paper companies, excluding four firms from its portfolio based on perceived risk. 2017 was the first time the fund divested from a soy company. This was based on its assessment of companies that covers the geographical footprints of operations, the percentage of the business linked to the production of soy and other agricultural commodities, and documented land conversion activities.

Effective investment in protecting forests is not only a prerequisite for maintaining a healthy planet, but also for sustaining companies and economies. An analysis of declining equity prices of companies between 2015 and 2017 by low carbon advocates Climate Advisers points to poor deforestation risk management as a contributing factor.

The 21 largest food and beverage companies publicly trading in the US have a market capitalisation greater than $1.1tn, with $225bn in long-term debt and $44bn in short-term debt outstanding, says Gabriel Thoumi, Climate Advisers director of capital markets. “These companies are not investing enough,” he says. “Given that they derive their economic wealth from agriculture resources, much of this debt could be issued as green bonds, with a portion of each debt instruments’ proceeds used to sustainably manage the natural resources these companies depend on to grow their shareholder wealth.”