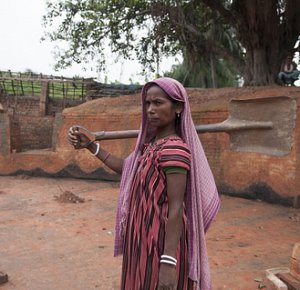 As international labour rights accountability requirements begin to crank up, companies reporting now on modern slavery will be best prepared

The first reporting deadline under the United Kingdom’s Modern Slavery Act has passed as the mandatory requirement to publish statements took effect from 1st October. And many companies have produced their first efforts – the Business & Human Rights Resource Centre’s tracking of the publication of modern slavery statements has counted more than 700.

More statements will come as the financial year rolls on and individual companies hit their six month deadlines, of course, but 700 statements so far is low. The Modern Slavery Act applies to companies that are based in or have operations in the UK, and have a global turnover of £36m or more, meaning that about 12,000 companies should be covered.

Companies that don’t comply with the act risk civil proceedings in the UK courts compelling them to do so. Public scrutiny and resulting negative publicity are the greater drivers for business to act.

Though some companies are diligently publishing statements that fully meet – or even go beyond – the requirements of the act, compliance overall has been patchy. Many of the statements that have been published lack meaningful content.

The Modern Slavery Act is not, of course, the only legislation that requires companies to disclose what human rights due diligence they are doing. There is the 2010 California Transparency in Supply Chains Act. And a French law on the corporate duty of care for what happens in company supply chains is also under preparation. A process is evolving, and there’s “an expanding regulatory track,” says Stuart Bell, director of labour rights specialists Ergon Associates.

It goes without saying that the issue of modern slavery in supply chains is complex and one that companies understandably struggle to tackle. Many brands have multiple suppliers in many countries and so have a real challenge to be sure that human rights standards are being maintained everywhere.
There is a massive data gap. Even the prevalence of modern slavery can only be broadly estimated, with about 46 million individuals worldwide affected according to the Global Slavery Index.
Better than nothing?
Kate Larson, director of anti-slavery initiative Business for the Unseen, says in this context the Modern Slavery Act should not be judged too harshly. “We’re much better off having the law than not,” she says. It does at least mean that many companies that have never before looked at the issue will now do so, and “civil society can start to compare a lot more,” when a critical mass of company modern slavery statements builds up.
She adds that many top brands that were already doing work to eradicate modern slavery in their supply chains wanted the mandatory disclosure requirements, because “other companies were getting away with zilch”.
Nevertheless, the experience so far of the Modern Slavery Act and similar legislation raises the question of whether such approaches are sufficient. Laws that require disclosures but which for enforcement rely mainly on the naming and shaming of laggards rather than any strict measures are not the only initiatives underway. Other measures are on the horizon that will oblige corporations to take responsibility for their supply chains.

There is pressure for an International Labour Organisation convention on legal liability – meaning that companies could be held accountable for serious rights abuses throughout their supply chains. This was discussed at the International Labour Conference in Geneva in June 2016 and is being seen as a next step in eradicating modern slavery.
Neil Howard, a researcher at the University of Antwerp’s Institute of Development Policy and Management, says that while measures such as the Modern Slavery Act “raise the profile of the issue,” they are “window-dressing legislation.” There is no evidence that such laws actually lead to reduced slavery in supply chains, he argues.

There needs to be an international level-playing field – thus an ILO convention – with companies facing extra-territorial accountability for the way their products are produced, Howard says.

“It’s no longer pie in the sky that a company could be held liable for something that happens a long way away,” he adds. And companies that comply fully with the Modern Slavery Act and other similar legislation will be better prepared when tougher laws on global accountability for labour rights come along.