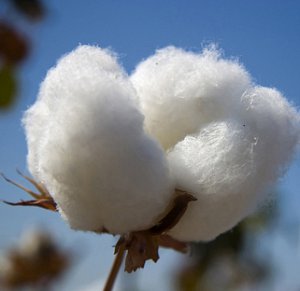 A new ILO report shows that while child labour may be largely gone, one-third of Uzbek cotton-pickers are still forced into the fields

As the world’s fifth largest exporter of cotton, Uzbekistan is a nation that cannot be ignored by brands, retailers and cotton buyers everywhere – but demands special attention given its murky history of using child and forced labourers during the three-month harvest period.
Despite an official ban on child labour beginning in 2009 and the signing of numerous declarations of intent to make sure that children are protected from farmer exploitation, the NGO community has rightly been keeping checks on the practice.
But according to a new International Labour Organisation-commissioned report, the situation in the country has been significantly improving, at least for the agriculture, water and education projects supported by the World Bank (the designated scope of the study).

The country has “phased-out” organised child labour and, since 2013 when the ILO first monitored the child labour situation there, the risk has been reduced “to the point at which child labour has become socially unacceptable”.

Other study findings include evidence that the majority of pickers were being paid fairly and on time, and in some instances, bonuses and incentives were being given to boost productivity. While vigilance will be necessary, especially for 16 and 17 year olds in school, the commitments made by Uzbekistan appear to be working.

So, that’s all good then? Not really. The ILO report also admits that of Uzbekistan’s 2.8 million cotton-pickers, a third are still “non-voluntary”, and it is statistics like this that will be of concern to brand executives.

Campaigner attack
Activists have continued to keep up the pressure, and have been met with a stiff response from the Uzbek authorities. Elena Urlaeva, a local campaigner, was recently arrested ahead of an ILO meeting at which she was scheduled to give evidence on human rights violations, and allegedly beaten by police and taken to a psychiatric clinic.
Anti-Slavery International’s Jacub Sobik says that campaigners are being systematically targeted, with “the crackdown on activists trying to monitor the harvest intensifying year on year”.
And it will be hard to convince the likes of Steve Swerdlow from Human Rights Watch (HRW) that the dial has moved significantly in a country whose government has “mobilised over a million of its own citizens to pick cotton under threat of punishment in abusive conditions for the profit of the state”.
Change of tactics?

After years of not dealing with the problem, Uzbekistan has been praised by some for engaging with the international community to up its game on human rights. But questions remain. Is the progress highlighted by the ILO only skin-deep? Is the Uzbek government’s response to pressure less about reforming embedded behaviour and more a change of tactics?

Sobik says that the impression that things are improving stem the fact that under big pressure from campaigners, including the ILO, the Uzbek government stopped using children, at least on a systematic scale. “It’s obviously good, but [the government] merely replaced them with adults.”

Patricia Jurewicz is director of Responsible Sourcing Network, which hosts the Cotton Pledge, a commitment to not knowingly source Uzbek cotton harvested by forced labour. She says it doesn’t matter if the person being pulled out of school or work is over or under 15 years old. “Any type of forced labour is still modern slavery. If the workers are not voluntarily choosing to do a job, they are being forced to work, which is inexcusable exploitation.”
The ILO had been banished from Uzbekistan for a number of years, and Jurewicz says she understands why the organisation would want to encourage the Uzbek government to continue making incremental improvements. The World Bank regional director for central Asia said exactly that at the ILO report launch.

But, Jurewicz argues, this progress is not enough yet to bring the big brands back. “But because of new reporting requirements such as for the UK Modern Slavery Act, I don’t know of any global brand that would be willing to risk sourcing from Uzbekistan until independent monitors confirm all forms of forced labour have ended.”