Forest campaigns: who is being targeted by whom – and why? 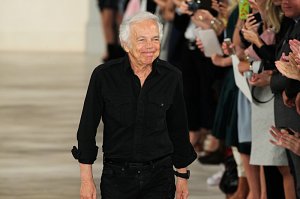 Ralph Lauren, APRIL, Santander, Astra Agro Lestari and Pepsico have all be in the NGO spotlight, with allegations that connect corporate activities with deforestation

The Out of Fashion initiative is designed to raise awareness about the connection between fashion brands and the deforestation and human rights violations which it says are a “common by-product of forest fabric production”.

“Most people are unaware that some of the most popular fabrics worn today are made from trees. Rayon, viscose and modal are all produced from tree pulp, which originated as trees in Indonesia, Canada, Brazil and South Africa,” the campaign says.

And it is winning attention and support, with tens of thousands of supporters signing a petition calling on Ralph Lauren to make sure rainforest destruction is cut out of its supply chain.

According to RAN’s Brihannala Morgan, Ralph Lauren has been singled out because of its scale. “[The company] needs to step up. It uses a huge volume of forest fabrics in its clothing lines, and without a strong policy in place, it cannot guarantee that its fabrics are not driving deforestation and negatively affecting the livelihoods of communities on the ground.

“There are some brands that are taking action on this issue, like H&M and Stella McCartney, but Ralph Lauren isn’t one of them. As one of the biggest fashion brands in the world, Ralph Lauren has the ability and resources to ensure that human rights abuses and forest destruction won’t be a part of their next collection.”

Ralph Lauren has yet to publicly respond to the RAN campaign.

When the Spanish bank Santander pledged to stop offering loans to the paper company APRIL unless it addressed its Indonesian rainforest supply chain deforestation issues, Greenpeace described the move as a “fantastic outcome”. Targeting the company’s financiers was part of the NGO campaign to force it to take action.

The decision taken by Santander – to not renew its current funding agreement and that “any future loans will be conditional on APRIL implementing new sustainability measures which address its involvement with deforestation” – put enormous pressure on other international banks with financial links to APRIL to make similar commitments, Greenpeace said.
So, what has APRIL done? Well, it has joined the other major pulp and paper player in Indonesia, APP, in promising to protect the country’s rainforests and peatlands. The company’s group president, Praveen Singhavi, described the policy as “a major step in our company’s history,” confirming that its new plan means “no deforestation, no new development on forested peatland and no compromise on our commitment toward conservation and community”.

Greenpeace claims that its campaign, with the help of 165,000 disgruntled supporters, had forced Santander – one of the biggest banks in Europe – to end its commercial relationship with APRIL, in less than three weeks. “To its credit, Santander has listened and responded,” Greenpeace says. “But this would never have happened if Santander had had a robust policy to stop companies getting loans for destroying forests.”
And the NGO will be keeping a close eye on what goes on in the forests. “APRIL has made promises like this before, so Greenpeace and other NGOs will be watching its progress very closely. If the company is breaking its promises, we will act,” it says.
Astra Agro Lestari vs Forest Heroes

Forest Heroes got creative to force palm oil producer Astra Agro Lestari to take action on forest clearances across Indonesia. The business, which is the parent company of luxury hotel chain Mandarin Oriental, was targeted by a series of mocking video ads.

Playing on the hotel company’s “She’s a fan” slogan and TV spots, regularly backed by celebrities such as Kevin Spacey, it created the slogan “She’s not a fan”. The campaigners splashed images of endangered Sumatran elephants all over the ads – one of the popular animals they claim are being threatened by the loss of habitat associated with Astra Agro Lestari's expansion of palm oil plantations.

The campaign also featured video footage captured by drones revealing some of the evidence that Forest Heroes claims supports its assessment that Astra Agro has cleared some 14,000 hectares of forest since 2007 and cleared 27,000 hectares of peatland in Indonesia – something it says can have “major negative consequences for global climate change, because both types of habitats play an important role in carbon sequestration”.

In a rather damning statement, the campaign stated: “Many palm oil companies have engaged in questionable behaviour over the past decades – but it seems like only Astra is proud of it.”

However, Astra Agro insists it “takes environmental stewardship very seriously and has always complied with the extensive laws and regulations in Indonesia, and has made commitments that go beyond  legal requirements”.

But the campaign seems to have worked, with the company promising that “there will be no clearance of any natural forest either by the company or any of its contractors across all its operations in Indonesia”, and confirming the company’s support for the Indonesian Palm Oil Pledge.

PepsiCo vs SumOfUs
The TV ad campaigns for US snack brand Doritos rarely disappoint and the one aired during the most recent Super Bowl American football final in the US was another hugely successful TV spot for the brand.

However, jumping on the bandwagon to take advantage of America’s love affair with the popular snack, the campaign group SumOfUs.org created a spoof version titled A Cheesy Love Story – The Ad Doritos Don't Want You to See.
Pointing to the buying-influence of Doritos’ parent business PepsiCo, which procures almost 430,000 tonnes of palm oil a year, the group said: “Given how high profile the Doritos Super Bowl campaign is, we’re using this opportunity to let consumers around the world know about PepsiCo’s irresponsible palm oil sourcing policy”.

In a statement accompanying the release of the video, SumOfUs campaigner Hanna Thomas claimed that PepsiCo’s use of palm oil contributed to modern day slavery in southeast Asia, as well as the clearing of rainforests and peatlands, driving species like the orangutan and Sumatran tiger to extinction. Within a week, the video had been seen by half a million people.

And SumOfUs didn't leave it there. The group followed up the Doritos video with a campaign focused on the palm oil in products in PepsiCo’s Quaker cereal brand range.

But PepsiCo hit back, saying SumOfUs.org prefers to focus on fiction rather than fact. Speaking to edie.net, the company said: “It is no surprise that SumofUs’s continual mis-characterisations of our palm oil commitments are patently false and run counter to the positive reception our policies have received from expert organisations in this arena.

“PepsiCo has repeatedly stated that we are absolutely committed to 100% sustainable palm oil in 2015 and to zero deforestation in our activities and sourcing.”

It is not just SumOfUs on PepsiCo’s back. Its recent commitment to a zero-deforestation palm oil-sourcing policy, while being acknowledged as a good first step, was described by the Union of Concerned Scientists as lacking “a strong commitment to full traceability, a demand for similar commitments from its suppliers and, most importantly, an implementation plan”.