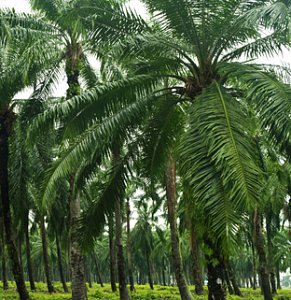 There’s big money to be made from investing in zero-deforestation supply chains, but will the big banks see the wood for the trees?

The recent Greenpeace campaign that mobilised thousands of people to call on UK-based bank HSBC to stop financing deforestation points to a renewed effort to redirect the money said to be responsible for forest destruction in all corners of the globe away from this destructive practice.
In its Dirty Bankers report, Greenpeace claimed HSBC had arranged loans of some $16.3bn for six “errant” palm oil companies, and raised $2bn in bonds for them.
And the campaign group got what it wanted. Less than a month after Greenpeace accused the bank of serving up loans to palm oil firms logging Indonesian rainforests, HSBC has just come up with a new policy for deforestation-free palm oil financing.
HSBC’s commitment to break ties with destructive palm oil companies has been described as a “good first step”, but the bank can be certain the NGO community will be watching closely to ensure it follows through.
Ever-present threat

Despite widespread effort to get to grips with tropical deforestation, the threat posed is relentless. As the New York Times reported recently, forest loss is “roaring back in some of the biggest expanses of forests in the world”, a resurgence that is “raising the spectre of a backward slide in efforts to preserve biodiversity and fight climate change”.

But the HSBC/Greenpeace spat should send a clear signal to the rest of the global financial sector, not only about the responsible role it can play, but also the huge economic opportunity presented by the greening of agricultural commodity supply chains.

And these opportunities are real, new research argues. Marco Albani is director of Tropical Forest Alliance 2020, which recently published a new report on the role of the finance sector in no-deforestation supply chains.

He says that the last few years have seen an exponential increase in commitments to take action to halt global deforestation by private sector companies in the consumer sector. But, he argues, it’s a shift that must not come at the cost of economic prosperity, but can instead “generate new investment opportunities, with sustainable land use and local economic prosperity going hand in hand”.

The production of beef, soy, palm oil and pulp and paper from tropical forest regions – which has been catastrophic for forest protection – is worth around $180bn a year, according to the World Economic Forum and TFA 2020. But transforming these value chains into economically and environmentally sustainable entities is an investment opportunity, WEF and TFA 2020 say, worth almost $200bn a year.

And that is an opportunity that the finance sector should embrace by scaling up emerging models of deforestation-free finance.

Investment innovation
New ways of investing in sustainable production have the potential to boost productivity per hectare, reduce input costs and significantly raise overall profitability. They could also help to preserve important aspects of the ecosystem – whether improved biodiversity or carbon sequestration.

However, we’re still quite a long way off. As TFA 2020 argues, before any of these benefits can be felt, the financial sector will need to ramp up its involvement in this agenda, working with governments, producers and on-the-ground partners to identify opportunities for deforestation-free investments, develop a pipeline of projects and design scalable financing models.
Sign up for free here for a webinar co-hosted by Innovation Forum and Supply Change on 15th March at 3pm GMT where we will be debating the findings of new reports from both TFA 2020 and Supply Change about progress towards corporate zero deforestation targets.