Going round in circles 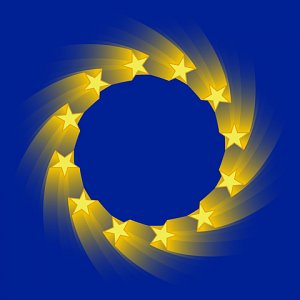 EU in a spin

A big row about the circular economy has been rumbling on in Brussels since November 2014, when the new European commission – the bloc’s top bureaucrats – took office.

The row is about a package of legislative proposals that was published in July 2014 by the previous commission, and on which European Union member states and the European parliament have already spent time and energy. Despite this, the new commission has said it will withdraw, revise and re-present the proposals.
The original proposals would have established various targets up to 2030, with the objective of stimulating the circular economy in Europe.
There would have been a headline target for 70% of household waste to be recycled by 2030, an 80% recycling target for packaging waste, also by 2030, and a ban on the landfilling of recyclable waste after 2025.

Thwarted pincer movement
The original intention was a pincer movement – that a landfill ban plus high recycling would lead to true development of circular economy business models, rather than simply a switch from landfill to incineration.
For many EU countries, the targets are tough. Many eastern and southern members still landfill most of their waste, but some northern and western countries would also face a challenge, because they have invested heavily in incineration.

The European Federation of Waste Management and Environmental Services says that uncertainty now because of the withdrawal of the proposals will undermine circular economy innovation and green jobs. MEPs have queued up to attack the commission, saying it had made a political decision to “wreck” the proposals to keep big business happy.

New and better…?
The commission says it will put new circular economy proposals on the table by the end of 2015. Environmental groups and many MEPs believe the outcome will be watered-down targets, though the commission says it aims to, if anything, make the circular economy proposals even more circular, by including rules on product design for recyclability alongside waste targets.

Environmental NGOs are alarmed because the commission’s language on the revision of the proposals reflects wording put forward in November 2014 by BusinessEurope, seen as the conservative grandaddy of EU business federations.

BusinessEurope said the waste proposals should be “substantially improved” to “take account of issues of wider economic interest including manufacturing and product design, consumer affairs, research and innovation, security of supply and raw materials”.

…or watered down?
For cynics, this is code for lower targets, subsidies for companies and more placing of the responsibility for waste at the consumer’s door.
Whatever the outcome, there is agreement on one point: going circular could have a major structural impact on the economy. Companies will have to take greater responsibility for the management of waste streams, and for remaking of waste into new raw materials.
This will affect the whole production and consumption cycle, implying new design principles for products and new processes for squeezing value out of waste by, for example, extracting chemicals and finding better ways of managing waste plastics.

The growing significance of the principle of the circular economy was shown at the World Economic Forum in Davos in January, where the inaugural Circular Economy Awards were handed out.