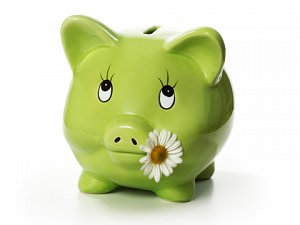 With little price premium over conventional products and a history of low risk, the growth of green bonds seems set to continue

Green bonds are doing well. According to the Climate Bonds Initiative, issuance reached its highest-ever level of $36.6bn in 2014, three times the 2013 level. Crucially, investors who opt for green bonds currently pay little or no price premium over non-green bonds – the “greenness” of the bonds is, in effect, a bonus that investors get for free.
While the price differential remains flat, green bonds do seem a good choice for investors – like any other bond, they will likely be favoured by those looking for a more predictable, long-term return compared to the stock market. And other characteristics of green bonds make them additionally attractive.

Bank of America Merrill Lynch started a green bond index in November 2014 and noted that the bonds on the index have lower credit risk and lower volatility of returns than the average bond.

In addition, investors are comfortable with the format because green bonds are the same as other bonds – except the proceeds are used for green projects, such as renewable energy, energy efficiency or environmental infrastructure.

Standards, such as the Green Bond Principles and the Ceres Investor Network on Climate Risk Statement of Investor Expectations, have been developed so that investors can be confident that the green bonds they buy really are green.
Demand is high right now – Sean Kidney, CEO of the Climate Bonds Initiative, says that every green bond is two or three times oversubscribed. Nevertheless, in relative terms, green bond issuance remains tiny.
Kidney says he would like the market to hit a trillion dollars by 2020 – about 20 times the current size – but even that would be only 1% of the $100tn total bond market.
No slow down

There are many reasons to believe, however, that the exponential growth of green bond issuance will continue. BofA Merrill Lynch says issuance could break the $100bn mark in 2015.

The fundamental consideration is that the need for green projects is so enormous. The world must rapidly wean itself off fossil fuels to avoid dangerous levels of global warming.

One option that will be floated at the United Nations Paris climate conference in December 2015 is that worldwide net zero carbon emissions should be achieved by 2050. Adoption of such an ambitious target is perhaps unlikely, but it indicates the scale of the work ahead.

Ways will have to be found of financing the necessary investments in renewables, energy savings and other areas that are prime green bond territory. The sums are eye-watering. BofA Merrill Lynch says that $53tn in energy investments will have to be made by 2035, comprising “$39tn to shift away from fossil fuels and $14tn for energy efficiency”.

There is thus massive expansion potential for green bonds – as long as the price differential with non-green bonds remains more or less flat, or indeed if green bonds demonstrably outperform non-green alternatives. This is where governments, where necessary, could play a role, by creating the conditions to give investors the right incentives.

Sean Kidney says that, in principle, green bonds could make up perhaps half of the total bond market by 2050. While they won’t solve the problem on their own, green bonds could therefore be a major part of the global decarbonisation effort.