How different is the RSPO’s future now? 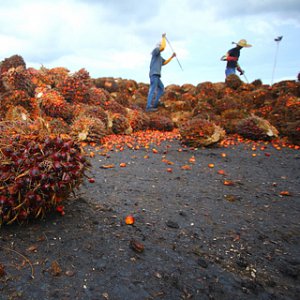 The RSPO’s revised Principles and Criteria have been universally welcomed. How they are implemented and enforced is now the challenge

The revised Principles and Criteria (P&C) are the new set of environmental and social rules to which member companies must adhere if they are to meet RSPO certification standards. They are a comprehensive reaction to widespread criticism of the RSPO – the world’s largest certification scheme for palm oil, covering almost 20% of all palm oil globally.

Investors regularly use RSPO certification to help implement their policies for reducing or eliminating deforestation from their supply chains. The 2017 Forest 500 assessment report found that more than 50% of the 165 companies assessed for their palm oil policies claim to be using the RSPO system.
Yet, RSPO has of course been heavily scrutinised over how it enforces its standards and engages with its member. Activist and campaigning groups have regularly called into question the effectiveness of the system in protecting against tree loss and the destruction of important ecosystems in the face of increasing palm oil production globally.

At the heart of the rule changes is a ban on palm oil producers planting crops on peat of any depth, as well as a total ban on deforestation by all members (with an explicit link to the widely accepted and increasingly adopted High Carbon Stock Approach). Previously, RSPO standards prohibited only the clearing of virgin forests to make way for palm oil plantations, but they did accept the loss of secondary forests and peatland with a peat layer of less than three metres.
There is also new clarity on labour rights requirements and specific language prohibiting child, forced and bonded labour, addressing concerns about recruitment fees and the withholding of identification documents that have plagued parts of the industry.

A newly introduced measure demanding RSPO members publish the list of mills from which they obtain their palm oil, has also been welcomed. Helen Bellfield, director of programmes at Global Canopy, for example, says it is an “important milestone in fighting deforestation in global supply chains”.
Upbeat reaction

Unsurprisingly, the RSPO, and the palm oil sector as a whole, appears upbeat about the changes, which were unanimously agreed upon at its recent annual assembly in Malaysia and come into effect immediately. Existing RSPO grower members have a one-year transition period to implement them.

At the assembly, RSPO chief executive Datuk Darrel Webber stressed the need for shared responsibility to achieve sustainability in palm oil. He described the changes as “transformative”, with the ability to strengthen transparency and inclusivity in the RSPO system, while boosting market uptake of sustainable palm oil “through shared responsibilities”.

But will the new P&C give the RSPO increased credibility and make it more relevant in the eyes of its critics, to secure a more certain future?

While welcoming the news, Greenpeace says companies should not be given any grace period to adhere to the rules and that the standards should be enforced immediately. And the US advocacy group Rainforest Action Network is similarly cautious in offering praise, arguing that the body has for years failed to enforce its standards. “A strong certification standard is meaningless without enforcement,” says RAN’s agribusiness campaign director, Robin Averbeck.

However, the revised P&C has the potential to win over those that have been critical of RSPO in the past, according to Anita Neville, VP of corporate communications and sustainability relations at Golden Agri-Resources. “The reality is that standards, given their multi-stakeholder nature, never move as quickly as the world around them,” she says. Rather than “throw the baby out with the bathwater” she believes the RSPO should be given a chance to catch up.

There remain a number of question marks, however, not least for how those looking to operate in High Forest Cover Landscape (HFCL) countries, such as those in west Africa, will apply the new rules. To help resolve these, the RSPO and the High Carbon Stock Approach have agreed to work together to develop guidance around operations in HFCL zones.

The RSPO meeting also saw much debate about exclusion of smallholders – something in itself not universally accepted by RSPO members, according to sources. There was agreement, at least, to develop a specific smallholder standard to better enable them to feed into the certified marketplace. This is significant, of course, given the number of smallholder farmers in global commodity supply chains, and the change “will make it much easier for smallholders to achieve certification”, says Michael Guindon, palm oil technical adviser at ZSL.

The first new P&C certification is not likely to happen for another six to 12 months. After that, the most advanced companies will quickly want their plantations to be re-certified under the new scheme. “Big brands may demand selected supply streams of RSPO-certified oil under the new P&C, limiting the amount of suppliers, which will limit their risk exposure,” says Ben Vreeburg, sustainability director at Bunge Loders Croklaan. A rapid insistence by brands on new-rules palm oil will be a significant challenge for the sector.

Falling short
While a growing number of corporates are taking a leadership position on sustainable palm oil sourcing, with ‘no deforestation, peat, exploitation’ (NDPE) policies and targets, they are currently falling short when it comes to effective enforcement of their commitments.
ZSL’s SPOTT (Sustainability Policy Transparency Toolkit) has recently assessed 70 of the world’s most significant palm oil producers and traders. While 49 of them have a zero-deforestation pledge, many of the targets lack scope or on-the-ground verification. Just 26 companies expect all of their suppliers to match their commitments, and a mere 24 can show evidence as to how they monitor ecosystem loss in their supply chains.

Meanwhile, just half of the 70 companies assessed by ZSL are committed not to plant on peat of any depth, for example, while 20 have no commitment to ban development on peat at all.

For many, the key to RSPO’s future success lies in its ability to credibly enforce and sanction its own standards. In its short history, the governance of RSPO has been a minefield of conflicting, powerful interests. Whether is this going to change – and how – is unclear. Some call for further professionalisation of the body’s secretariat and complaints panel. Others would like to see a ‘blind’, independently operated and funded entity that would charge RSPO users to enforce the certification’s rules and adjudicate on any disagreements as and when necessary.

The news that a subsidiary of Indonesian producer Austindo Nusantara Jaya had violated the new RSPO rules just two days after they came into force only reinforces the urgency for stronger enforcement. Critics will remember the organisation’s reluctance to suspend Indofood, whose subsidiary had proven to be illegally violating workers’ rights.
Plus, question marks remain over how RSPO will clamp down on the use of ‘shadow’ companies. Earlier this year, Wilmar and others were found to have had anonymous subsidiaries breaching their own no-deforestation policies while publicly absolving the main parent company of any wrong-doing.
However, regardless of its failings and limitations, RSPO remains the only organisation around which the industry has yet coalesced. Broadening its appeal and attracting wider use, particularly in India and China, is surely as good a strategy as any in effecting positive change.
The roundtable may not be perfect but positive attention from NGOs on driving the uptake of RSPO-certified oil will serve their cause much more effectively than more criticism, argues Ben Vreeburg. He says that incentives are critical as growers need to see that there is reward for investing in continual improvement and sustainability practices. “RSPO certified oil provides this and it is the only game in town as far as certification is concerned.”