How science can make sense of sustainability strategy 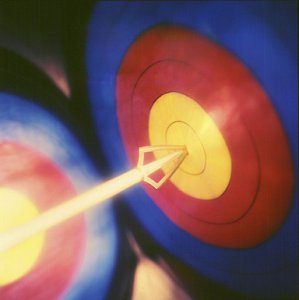 Can science help establish wider credibility for corporate sustainable business goals? Some big brands – including Mars and BT – seem to think so

The recent announcement from UK telecoms giant BT that it is going to re-set its long-term carbon reduction goals continues a trend for companies to better connect their climate change efforts to science and innovation.

The company has promised to cut emissions by 87% by 2030. And that new figure of 87% has not been chosen at random, as might have often been the case in the past, to sit neatly as a tool to engage stakeholders internally and externally. Rather, it has been arrived at to align with the Paris Agreement and the wider global effort to deal with climate change.
If BT meets its goal, it can be confident that its own operations and the impact of customers using its products and services will have been curtailed enough to help the world stay within a global warming of 1.5C.

And global food brand Mars is another that has made a new bold statement, announcing plans to spend $1bn as it expands a range of sustainability goals beyond what had already been set; ultimately, it will cut its own greenhouse gas emissions by 40% by 2020 from its level in 2007.

Perhaps more significantly, it has also set a goal to cut emissions across its supply chain by 67% by 2050 – again, in line with the best available science. Its ongoing support for sequencing of genomes for crops such as cocoa will continue to make plants more productive. It is also asking suppliers to start transitioning to use more clean energy on their sites as part of the strategy.

Mars CEO, Grant Reid, says that the renewed goals are a reaction to climate science becoming clearer and the business understanding the environmental and social challenges in its supply chain better than ever before: “With this knowledge, it is clear that the scale of intervention needs to be much bolder”, he says.

Recent research suggests that more than 300 companies have now adopted science-based targets – from Adobe to Xerox – a figure that is only likely to grow.

So far so good. But, does a science-based target approach give corporate sustainable business programmes more credibility in the eyes of investors, or other non-sustainability experts?

Yes, according to Alberto Carrillo Pineda, director of science based targets and renewable energy procurement at CDP, who says that it gives investors and other stakeholders confidence that a company is properly tackling its emissions and impacts. “A science-based target is a simple and objective way for companies to demonstrate that they are transitioning towards a low-carbon economy, reducing risks and boosting their resilience to this transition.”
Genuine attempt
Corporates have found it hard to communicate GHG emission goals in a meaningful way and a science-based approach – aligning with the Paris agreement and the sustainable development goals – appears to be a genuine attempt to both understand their true impact, particularly along the supply chain, and to do something to address it. Pineda says that more and more companies are looking at their supply chains as a way to reduce climate-related risks, and as a way to innovate.
Carton and packaging business Tetra Pak says that “the need to find better solutions is underpinned by our science based target” and that setting longer-term climate goals is helping to secure the R&D budget to unlock innovations that will take energy efficiency to another level.
Exciting future?

By being ambitious, the company says it has been able to get the whole business excited to come up with new ideas and products to meet the goals.

Challenges remain, for Tetra Pak and others, not least getting consumers to understand the advantages of relying less on fossil fuels. There will also be a need for better collaboration and partnerships to foster new ideas and develop the innovations needed to reach more progressive climate goals, particularly with hard-to-reach suppliers.

With targets backed by science to prove their benefit, at least these conversations should be easier. They will also enable companies to play their part in working with, and encouraging when necessary, governments to move the wider Paris and sustainable development goals agenda forward.