How to approach slavery’s regulatory risks 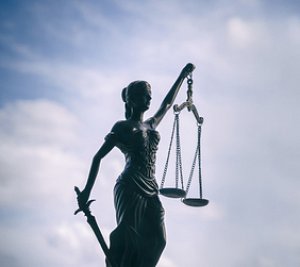 The balance is shifting

A unified global approach to modern slavery legislation is some way off, but the trends in what companies must do to stay ahead of regulation and maintaining best practice are clear

With modern slavery high on the international political agenda, legislation has rapidly caught up and is spreading across the globe. Laws designed to eradicate the practice of people being forced to work in agriculture, in domestic work and in factories, now exist in the UK, the US, France, Australia, Brazil, Nepal, Switzerland and the Netherlands, among others.
For companies, complying with modern slavery regulation and adhering to policy, both at home and in locations where suppliers are based, has become something of a challenge. The last few years have seen governments adopt different types of corporate human rights measure – from mandatory disclosure (such as the UK’s Modern Slavery Act and the California Transparency in Supply Chains Act), and due diligence expectations (such as France’s Loi de vigilance), to public oversight and investigation (such as the Canadian Ombudsperson on Responsible Enterprise).
Uncertain future?

The exertion of market pressure fuelled by investor and consumer interest in the subject has had an impact, as has the threat of legal action where companies fall short of taking measures to ensure suppliers are not engaging in modern slavery practices. But with a lack of definition as to what constitutes “good” corporate human rights practice, the future of how market, judicial and regulatory forces are used to effect real change remains uncertain.
Yousuf Aftab, principal and human rights specialist at Enodo Rights, says that how the global regulatory landscape evolves will depend on which approach most effectively leverages these forces in a way that stakeholders consider credible. “The measure that will win the day is one that best balances certainty and practicality for business with rigour in expectation for stakeholders,” he says.

There has been criticism of some of the legislation that has been brought into force. For example, while the UK Modern Slavery Act calls for company directors to sign off on a statement that outlines what they are doing to eliminate modern slavery, there are concerns that merely counting on a company’s fear of reputational damage is not enough to stop such statements becoming tokenistic.

That said, as Phil Bloomer, executive director of the Business and Human Rights Resource Centre, has pointed out, the fact that such legislation does require companies who otherwise may not be considering slavery risks does mean there is “a sense of momentum around mandatory transparency”.
Bolt-on diligence

A different trend is where due diligence expectations have been bolted on to specific policies, such as the US Federal Acquisition Regulation (FAR), which mandates modern slavery and child labour due diligence for certain federal procurement contracts. Aftab believes that FAR’s structure is promising as it blends the rigour of French legislation with the certainty of the UK’s Modern Slavery Act to create a practical and credible framework.
Meanwhile, in the US, the use and effectiveness of the 18th century alien tort statute continues to evolve. The recent Supreme Court ruling in the Jesner v Arab Bank case means that foreign plaintiffs will no longer be able to hold foreign corporations to account through the US courts when it comes to human rights. US companies can still be held to account under the law, however.

With long and complex supply chains, one key challenge for companies with a strand of global, boundary-crossing tentacles is complying with a plurality of jurisdictions, with overlapping legislative standards, which can be resource intensive. Bloomer describes this as a “spaghetti soup” approach that helps no one.

Efficiency could well lie in companies implementing one worldwide system of human rights policies and procedures that is based on the most demanding standard out there, rather than to tailor policies to the minimum expectations set out by each market. Aligning with the UN guiding principles on business and human rights offers another safe route.

Companies should tailor their approach to risk trends, rather than specific risks. For instance, when implementing conflict minerals due diligence, consider what other social risks might be considered at the same time to address emerging stakeholder concerns. Aftab argues that human rights governance should not involve “constantly recreating the wheel”. Moreover, the infrastructure of existing corporate compliance programmes – whether for health and safety or corruption – can and should be leveraged to manage human rights risk.