How well is business really doing on human rights? 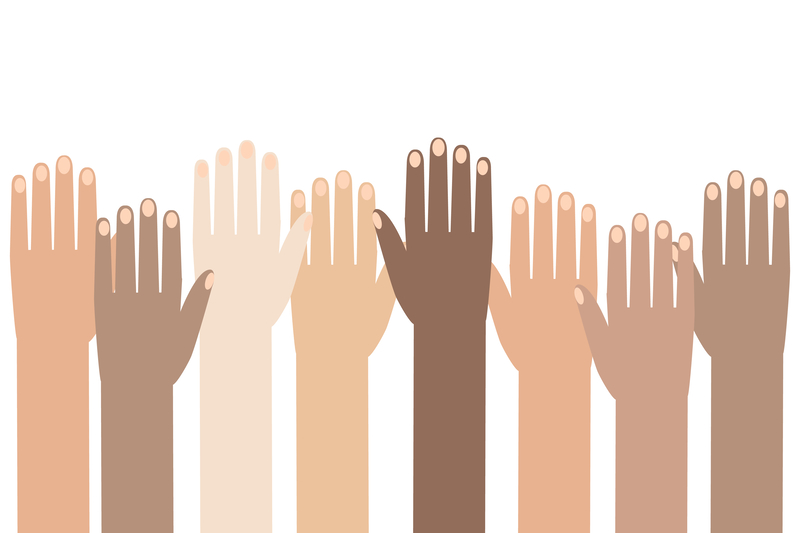 Companies that tackle human rights risks in operations and supply chains – especially those adopting a due diligence approach – outperform their peers. But why is progress so slow for so many? And will an ever-tightening regulatory approach make a difference?

There is mounting evidence that companies taking social impacts seriously perform well. McKinsey says that businesses getting their ESG proposition right – dealing with social issues alongside environmental and governance – leads to greater value creation. In the US, 41% of the 189 funds that met the ESG criteria set by Barron’s in 2019 had better corporate results than the S&P 500 index, compared with just 29% of big-cap equity funds overall.

So far, so good. But despite the evidence that engaging on these issues is simply good business, according to the latest Corporate Human Benchmark, progress on eliminating human rights abuse in supply chains remains slow.

While the original 100 companies that signed up to the CHRB have improved their average score – tracking progress on everything from policies and responses to serious allegations, to transparency grievance mechanisms – from 18% in 2017 to almost 32% in 2019, the rest of the pack are struggling.

CHRB says those at the top, such as Adidas, Unilever and Marks & Spencer, should be credited for continuing to improve. But the likes of Starbucks and Costco, for example, remain in the lowest bands. The latest 100 companies to join the CHRB are recording an average score of just 17%.

It paints a “distressing picture” with the “UN Guiding Principles on Business and Human Rights clearly not being implemented”, says Steve Waygood, chief responsible investment officer at Aviva Investors and also chair of the CHRB.

Indeed, and governments are taking this more seriously. There has been a clear trend that human rights regulation is moving from mandatory disclosure – as required by modern slavery legislation in the UK and Australia, for example – towards a mandatory due diligence approach. In the US it is already a requirement for all federal contractors to demonstrate due diligence on human rights and slavery. In addition, any goods can be seized by US customs if there is a suspicion of them being made with slave labour. The EU is also considering due diligence rules around conflict minerals, and is being lobbied to extend this to other sectors.

Due diligence can mean hard work, of course. According to the UN guiding principles reporting framework, human rights due diligence is an ongoing risk management process to identify, prevent, mitigate and account for how a company addresses its adverse human rights impacts. It includes four key steps: assessing actual and potential human rights impacts; integrating and acting on the findings; tracking responses; and, communicating about how impacts are addressed.

For now, though, too many companies continue to rely on suppliers through legal and contractual terms to do the right thing, according to Demi Smoloktou, senior manager of responsible procurement at the online fashion brand Asos.

She says that robust supplier contracts and terms of business “are of course vital, as they give brands the framework through which they can audit their suppliers and make sure they’re doing the right thing”. But she argues that it’s important for brands to “step beyond compliance, and instead engage with suppliers to improve standards and educate them on best practice”.

So, what needs to change if progress is to be made? Katie Shaw is a stakeholder manager at Open Apparel, an organisation helping brands boost their traceability via its open source map and database of global apparel facilities. She says that in the apparel sector – one with significant human rights supplier risks – responsible sourcing teams and buying teams must work together closely to drive change.

She argues that internal company incentives are “often completely misaligned”, with ethical trading teams pursuing one set of goals, while buying teams are being forced to respond to other contradictory demands. “Joined-up thinking at brands needs to happen from the inside out,” she says.

There is no silver bullet when it comes to getting it right on due diligence. But every organisation must invest time and resources to actually understand their material risks, Smoloktou says, pointing out that there is no need to spend a fortune, but that businesses must make commitments and stick to them. “In many cases, collaboration is needed in order to tackle bigger, more complex issues at an industry level, but individual organisations are unique and should have their own strategy,” she concludes.

For Virginie Mahin, global social sustainability and human rights lead at the chocolate giant Mondelēz International, supply chain due diligence work can never be failproof – and, importantly, it must continue with suppliers once a commercial relationship is in place.

She, too, laments the limitations of audit-based compliance models when it comes to identifying risks, but points out that, “in many cases, social audits are still the best due diligence tool we have”. That said, she accepts that “human rights risks, like forced labour, are hard to identify through an audit” and that the real work begins once a company has identified a risk or impact and finding ways to address them.

The Mondelēz approach is, Mahin says, to prioritise efforts, starting with the company’s most salient risks and focusing where it can have most influence. She highlights the company’s work across west Africa, where the risk of child labour is high, but where Mondelēz does have some leverage as one of the world’s largest buyers of cocoa. Its Cocoa Life programme has seen the company invest heavily in cocoa-growing communities and build better, on-the-ground, partnerships with suppliers and expert NGOs.

But to really turn the dial on human rights, for Mahin it comes back to greater government intervention and legislation to really level the playing field. “To mobilise all companies, including those who don’t face consumer pressure, it’s key that governments require more than mere reporting.”

In Europe, a key market for Mondelēz and west African cocoa in general, the business has joined forces with other companies and NGOs in asking the European Union to strengthen human rights due diligence requirements of companies in global cocoa supply chains.

Similarly, in fashion, apparel brands have been allowed to “mark their own homework” for too long. Enlightened brands increasingly see the benefits of legislation on human rights as it would create a level playing field and help them understand what action they need to prioritise.

New legislation could not only help regulate businesses but also incentivise firms to be more transparent and ethical through other tools, such as access to funding, Smoloktou says.

With efforts underway at national, regional and global levels to advance human rights due diligence laws across the world, there is a growing sense that change is a-coming. But beyond their role in strengthening due diligence requirements on the private sector, governments will also need to live up to their duties under the UN guiding principles, Mahin concludes.

Equally, they should also work more closely with companies to implement a smart policy mix, partnering with supplier countries, and using trade leverage and foreign aid to create the necessary enabling environments for smart, successful businesses to strive to always be doing better when it comes to human rights.

In other words, a collaborative holistic approach is, as ever, the one likely to succeed.