Is the UK’s dash for biomass causing deforestation? 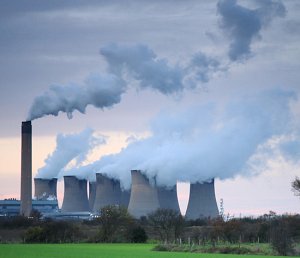 While the European commission is concerned about distortions in the biomass market, the environmental credentials of burning wood chips for power are under scrutiny

There are growing concerns that the UK’s burning of biomass to generate electricity – on the face of it, a sustainable practice – is getting out of hand, and causing both environmental and market distortions.
Other countries are installing wind turbines, solar panels or other locally-based renewables, resulting in a more distributed energy generation system. The UK has opted, as part of its mix, to continue with large-scale, centralised generation, but to make it greener by changing the fuel source. Dirty coal-fired power plants are being converted to burn wood pellets instead.

The benefits of this in terms of reduced carbon emissions seem clear cut.

Calculations made for the massive Drax power plant in Yorkshire show an emissions reduction of up to 90% per unit of electricity generated by burning wood pellets rather than coal.

But massive power plants consume massive amounts of wood pellets. In 2014, a third of the wood pellets exported by producers such as the United States and Canada went to the UK.

The UK is set to take up an even larger chunk of what the world can produce: a new biomass plant is planned for Teesside, and conversions of existing generating units will take place at Lynemouth in Northumberland and at Drax.

Britain’s wood pellet imports were about 5m tonnes in 2014. Lynemouth will add to demand by 1.5m tonnes per year; the new Drax conversion will require 2.4m tonnes per year. Figures for Teesside are unclear, but the plant will generate about 70% of the electricity generated by Lynemouth.

The huge ramp-up in demand for wood pellets has led the European commission to open an investigation into Drax. The switch at Drax to biomass will be subsidised by the UK government, as it’s a “green” conversion, and the commission wants to ensure that the subsidy does not give Drax – which will be a heavyweight in the market for wood pellets – an unfair advantage.

When it announced its investigation in early January, the commission said it also wanted to “assess whether the positive effects of the project in achieving European Union energy and environmental objectives outweigh potential competition distortions”. The commission has since played down the idea that the investigation will check the impact on footprints, however, telling Innovation Forum that it is not about “quantifying the environmental benefits”.

Nevertheless, concerns are increasing about the environmental downside of biomass burning, as the volume of wood pellets needed steadily increases. In the US, the Dogwood Alliance is prominent in campaigning against what it calls the “false energy solution” of biomass.
Inefficient fuel

Almuth Ernsting of NGO Biofuelwatch says that burning of wood pellets is fine on a local level when it is about using up offcuts and waste wood, but as a fuel for mass generation of electricity, wood is highly inefficient, and the volumes brought in by Drax and other power plants could have a highly damaging impact on forests and their biodiversity.

Campaigners point out that calculations on emissions made for Drax and other power plants do not take into account changes to carbon stocks caused by logging, replanting and more frequent harvesting of trees. A model developed by the UK government even found that, depending on planting and harvesting practices, use of wood pellets could in some circumstances generate a larger carbon footprint than coal.

The answer to such concerns could be robust certification to ensure that wood pellets only come from sustainable sources. MGT Power, the company behind the Teesside plant, says biomass will only come from sustainable forestry, which means “there will be no land use change; new forest will always replace that which is harvested. Primary or protected high biodiversity forest is not used.” Ever more demand for wood chips will put more strain on finite resources, of course.

Ultimately, however, the jury is still out on the balance of environmental costs and benefits. However, the UK, needing to meet EU renewable energy targets, is pushing ahead with conversions of coal-fired units before a comprehensive analysis can be done.