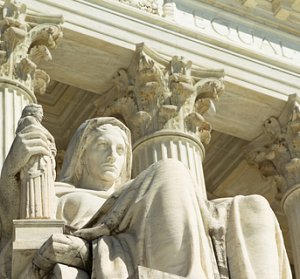 While some existing laws are changing, new legal risks are emerging for companies on forced labour and human rights

In spite of the many and varied risks attached to modern slavery – including legal and litigation risks – few companies are yet dealing effectively with the complex supply chain challenges. And the risks continue to grow – with the European migrant crisis creating ever greater human rights risks across the EU, for example. Modern slavery risk has, in fact, risen in 20 of the 28 EU member states in the last 18 months.

Complex supply chains remain perhaps the major factor for company risk. Emily Holland, a lawyer specialising in global business and human rights at Freshfields Bruckhaus Deringer, says that businesses are becoming attuned to the fact that “major risks will not sit with tier 1 suppliers, where contractual provisions carry some force”. Rather, the critical points of concern reside “further down the chain, beyond tier 3 suppliers, in the informal economy”.

One development encouraging more CEOs to sit up and take notice is the emergence of court actions using existing legal frameworks to bring abusers of human rights to justice in the courts – never an easy undertaking when suppliers and buyers reside and operate in different parts of the world.
Tort stopped
In the US, the Alien Tort Statute has of course been used by non-US citizens, and groups of citizens, to file lawsuits against US companies for violating certain laws. That may be about to come to an end, though, as the US Supreme Court looks likely to put a stop to the practice of foreigners being able to use the act to bring human rights claims.
Now, however, campaigners are watching closely to see how the Trafficking Victims Protection Reauthorization Act (TVPRA) might be used. The law prohibits human trafficking and forced labour. Crucially, it also offers the right of an individual to take action against a multinational company should they have shown inadequate control over the practices of their various suppliers.
Early evidence shows that proving that a corporate entity participated in, or knowingly benefitted financially from, human rights abuses in the supply chain, can prove tricky.

In the case of Keo Ratha v Phatthana Seafood Co Ltd in late 2017, a group of rural Cambodians brought action against two Thai corporations that owned the factories in which they worked. However, because it couldn’t prove the defendants were “present in” the US, despite both being registered in California, the court could not use the TVPRA to adjudicate the Cambodians’ claims.

Despite these types of obstacles, new actions and alternative dispute mechanisms continue to take shape and occupy a larger space in the field, Holland says. “Companies are increasingly alive to new forms of litigation risk, efforts to treat corporate groups as single entities, arguments that rely on agency or tort law, and indications that some courts are prepared to extend their jurisdiction to human rights impacts that occur overseas and throughout a business’s value chain.”

Informed by litigation, companies are now seeking to avoid it by understanding and addressing their risks and impacts so that they can take corrective and preventative action.

According to Michael Spenley, a specialist on the assessment of responsible sourcing risk, we could soon see companies make suppliers legally liable for any instances of slavery or forced labour in their operations, including it in contract clauses and claiming compensation if necessary, should suppliers make false claims and get caught.

Pointing to examples in the sport and construction industries, he also believes that “the tensions associated with migratory labour and emerging international standards and laws – as well as the precedent of redress, via both judicial and extra-judicial means – will lead to the links between commercial partners being tested with litigation”.

Meanwhile, Holland believes that victims could someday be given third-party beneficiary status in business agreements enabling them to arbitrate on human rights.

So, while the legal landscape remains uncertain, what’s clear is that the emerging forms of human rights litigation could drive better design, implementation and reporting on supply chain human rights – and spur companies to take up the complex challenges behind modern slavery and human rights risk more aggressively in the future.

And an increasing awareness of forced labour issues, whether or not legal cases win redress, with a shift towards better reporting and corporate transparency will also drive increased supply chain transparency and help tackle modern slavery risks.