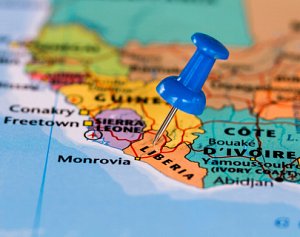 The example of palm oil producer Golden Veroleum in Liberia shows that when setting up in a location where levels of development are low, and expectations high, business can’t be too prepared for the challenges that will arise

When very different worlds collide, some discordance should probably be expected. This is what Golden Veroleum found when it started to operate in Liberia.

The company, owned by a private equity fund, the principal investor in which is Singapore’s Golden Agri-Resources, signed a agreement in 2010 with the government of Liberia to lease 220,000 hectares of land for palm oil production. Liberia, in west Africa, is one of the world’s poorest countries and the investment is desperately needed.
Golden Veroleum is a member of the Roundtable on Sustainable Palm Oil (RSPO). It operates a policy of not clearing high carbon-stock forest for palm oil plantations and is careful to emphasise its ethical values.

The broader sustainability issues around palm oil and deforestation can of course be debated, but Golden Veroleum in Liberia has the potential to be a model operation in west Africa – which in many respects is palm oil’s new frontier outside its south-east Asian heartland.
But problems have arisen nonetheless – with lessons for any company investing in the world’s poorest communities.
Tense times

Difficulties for Golden Veroleum have been concentrated in one area, Butaw District in the south of Liberia. In 2013, the company ceased its operations in Butaw in line with an RSPO stop order.
The stop was triggered by community complaints about Golden Veroleum practices. In particular, the company was accused of failing to implement the principle of free prior and informed consent (FPIC) under which communities should be able to object to projects on their traditional lands, of shortcomings in its employment practices and of being too close to the Liberian police.

In the wake of the stop, Golden Veroleum brought in forests experts TFT to review its practices. Shortcomings were indeed identified. Many of these were arguably a result of poor communications and lack of sensitivity to local feelings. For example, the company disturbed ancestral cemeteries and damaged waterways in constructing roads. Its FPIC policy was found to be inadequate.
Trouble then flared again in May 2015 when a protest in Butaw about insufficient job creation turned violent, culminating in a raid by locals on company premises, with two Golden Veroleum officials badly hurt. Golden Veroleum was also spotlighted by a July 2015 Global Witness report, which accused the company of riding rough-shod over local community interests and of taking advantage of the Ebola outbreak in Liberia to obtain more land.
Learning curve

While the charge sheet against the company might sound damning, if layers of accusation and counter-accusation are stripped away it seems that many of the issues that have arisen are the result of differing expectations.
For example, Golden Veroleum admits that when it started operating in Liberia it was not sufficiently sensitive to local needs. Liberia is a “post-conflict society and still quite fractured” with “limited depth and capacity in government”, and “we made early-stage learning mistakes,” Golden Veroleum director David Rothschild says. The company has found operating in Liberia tougher than it expected.
With the help of TFT, Golden Veroleum says it has put in place better processes for management of community issues. And the just-published RSPO report on the 2013 complaint says that the company has largely addressed shortcomings, while some of the complaints against it were vexatious.
Solution to all problems?
Some people in Butaw District seem to have expected the company to solve all of the community’s problems. One part of the complaint to the RSPO, for example, was that jobs should only be given to locals and other Liberians should be excluded. As the RSPO concluded, this would be discriminatory and unrealistic because the company might need to bring in skills from outside and “economic development is meant for all Liberians”.
Meanwhile, the May 2015 attack on Golden Veroleum’s premises seems to have originated in the grievance of a particular group in Butaw District, rather than in widespread disaffection with Golden Veroleum. There is common agreement that almost all locals want the development the company can help bring.
The lesson therefore would seem to be that in operating in a poor country such as Liberia, which has minimal infrastructure, poor levels of education and many other social problems, no company can be too prepared.

Expectations must be realistically assessed and managed, and even then, there will likely be a bedding-in period during which problems will arise. Transparency and patience will be needed to deal with these. Then, Rothschild says, over time “everybody learns the rules of the game a little bit better”.
More sustainable and sensitive operations can then be developed – with benefits for the forests and local communities alike.