Modern slavery messages not yet getting through 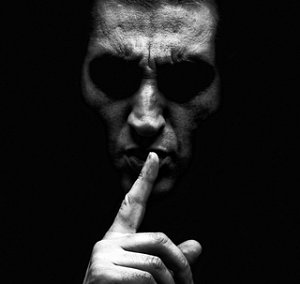 There's a lot more to say on slavery

While leaders ‘race to the top’, other businesses remain very quiet about modern slavery

The inaugural UK Top100 Corporate Modern Slavery Influencers’ Index, backed by BRE and the anti-trafficking charity Hope for Justice, is a useful barometer for assessing just how well companies are communicating their approach to the most tricky of subjects.
The index uses a combination of influence on social media (as measured by Klout scores) and advocacy (including policy input, as well as media engagement) in public life to arrive at its list that recognises the individuals who are positively pushing the debate to bring about the eradication of modern slavery.

Yet, while those from the media, campaigning, academia and political arenas dominate (with the likes of Livia Firth, Lucy Siegle, Justine Currell, Kevin Bales and Nick Grono featured), the top 100 influencers includes very few from the world of business.

Corporate transparency is important, and increasingly so, for consumers, investors and employees alike. But the acknowledgement of such importance is not yet incentivising companies enough to say where their slavery risks might be. As such, they are reluctant to disclose supply chain information – in itself is a major problem for many businesses ignorant of their lower tier suppliers – for fear of exposing themselves to criticism on what they are or are not doing.

Some pieces of legislation, such as the UK’s Modern Slavery Act, are of course based on the principle of encouraging and mandating specific disclosures in a bid to get companies to open up.

Campaigners argue that such regulation does not go far enough in extracting real, valuable information from companies; corporate lawyers, marketers and PR teams on the other hand are quite comfortable with less disclosure, fearful of what might be unearthed.

It is imperative that a level of transparency and disclosure is established. An admission by the UK’s Public Accounts Committee that it has no measure of success, or an understanding of how much money is spent on tackling modern slavery, is likely to set alarm bells ringing.

But just how much information businesses should be making public is still very much a bone of contention. How can companies best talk about these issues without fearing the consequences?

It’s about being honest as to the challenges and complexities faced in tackling forced labour, says Didier Bergeret, director of social sustainability at the Consumer Goods Forum. “Forced labour is riddled throughout value chains, and it is time to recognise that everybody has a problem.”

He argues that the more companies are open about progress in uncovering forced labour and their endeavours to drive it out of their own operations and supply chains, “the less taboo the subject will become”.

According to the Corporate Human Rights Benchmark (CHRB), a non-profit ranking corporate performance on human rights, the increasing number of apparel, agriculture and extractives firms engaging on human rights is creating a “race to the top” with such benchmarks highlighting the good performers and calling out those that are lagging behind. Human rights reporting has jumped in the last 12 months, it says, with the likes of Coca-Cola releasing its first stand-alone human rights report, for example

In fact, the number of such company human rights reports (as opposed to the statutory statements required by law) has risen from 13 in 2015 to 52 in 2017. And more than 5,000 businesses are now disclosing what they are doing to avoid supply chain modern slavery via reports and statements. The CHRB points to Gap, Freeport-McMoRan, Mondelez and Tesco, among others, as those proactively reviewing and evolving their programmes and policies, while communicating progress transparently.

As stakeholders become more attuned to the issue of modern slavery, their demands will escalate. Many will want to understand how current strategies, policies and KPIs are having an impact on progress, rather than merely talking about future initiatives and performance, for example. “Companies need to … not only be transparent about their efforts to tackle forced labour but commit and implement actions,” Bergeret adds.

So while more companies are publishing modern slavery statements, there is a big difference between compliant reporting, and effective action and engagement that proves a company is taking the right steps to rid its operations and supply chain of modern slavery effectively.