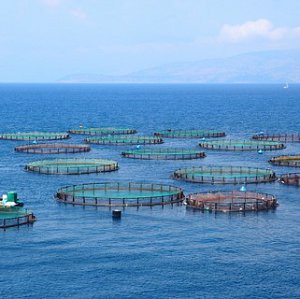 Our oceans already provide 2% of the world’s food, but as the global population booms, demand for fish could quadruple in the next ten years putting further serious strain on fishing operations everywhere.
With 90% of fish stocks already overexploited – and industries such as the $42bn tuna sector at serious risk of collapse – innovation in the seafood sector is now more crucial than ever. To meet demand, new business models need to scale up alongside products and partnerships that better support responsible sourcing. It also requires investors to put up money to help mainstream sustainable seafood production.
In the face of climate change, sea acidification, ocean waste and chemical pollution, the continuing industrialisation of fishing creates yet more risk. The tuna sector is a good example of how dominance by big brands – Thai Union, Bumble Bee and Starkist, for example, represent about 75% of the US tuna market – risks stifling innovation across the industry.

According to activist groups, including Greenpeace, these three have not set the world alight in boosting sustainability measures in recent years.

So, more nimble, agile and creative entrepreneurs and start-ups have a real opportunity to compete on sustainability by doing some of the things the big boys are failing to do, such as protecting local livelihoods, raising the bar on fisheries management, protecting at-risk species and giving consumers a diversity of choice

The buoyant Fish 2.0 competition – which helps start-ups meet investors and vice-versa – is evidence that a blooming bunch of entrepreneurs is ready and waiting to throw viable alternatives to consolidated supply chains into the ring.
The traceability technology scene is particularly plentiful. Pelagic Data Systems, for example, is targeting small scale fisheries, which represent 95% of fishing boats in the world, to make use of its small, rugged, solar-powered sensor devices to capture high-resolution geospatial data points at least every minute, recording where the boat is, how fast the boat is going, and in which direction.
This data is then overlaid with regional zoning information such as protected waters. It can set alerts that are triggered when a boat enters an area it shouldn’t or is using the wrong fishing gear, and it’s also equipped with anti-tampering technology.

Meanwhile, the winning team in Microsoft’s recent FisHackathon came up with a concept that uses fishing vessel data to catch those breaking international fishing laws. The $10,000 prize money will be spent developing the idea further.

Aquaculture, an industry projected to surpass $200bn by 2020, is understandably a target for start-up innovation. By 2030, two-thirds of fish served could come from farms so it’s no wonder the world’s dealmakers are getting hooked.

Smart companies are benefitting from new injections of cash, and generating sustainable revenue streams. Calysta, a California-based bio-tech business has pioneered a protein alternative for fishmeal; the Indonesian eFishery has created an automated fish and shrimp feed system; and SabrTech, one of 2015’s Fish 2.0 winners, has developed a system for converting fish waste into feed – something it describes as “the world’s first modular, scalable and rapidly deployable algae farm”.

If our oceans were a national economy, they would be the world’s seventh largest, worth a total of some $24tr, or $2.5tr a year. But in the drive to turn the tide on an ailing and unsustainable seafood sector, it is time for more innovative start-ups to claim their slice of a very large pie.