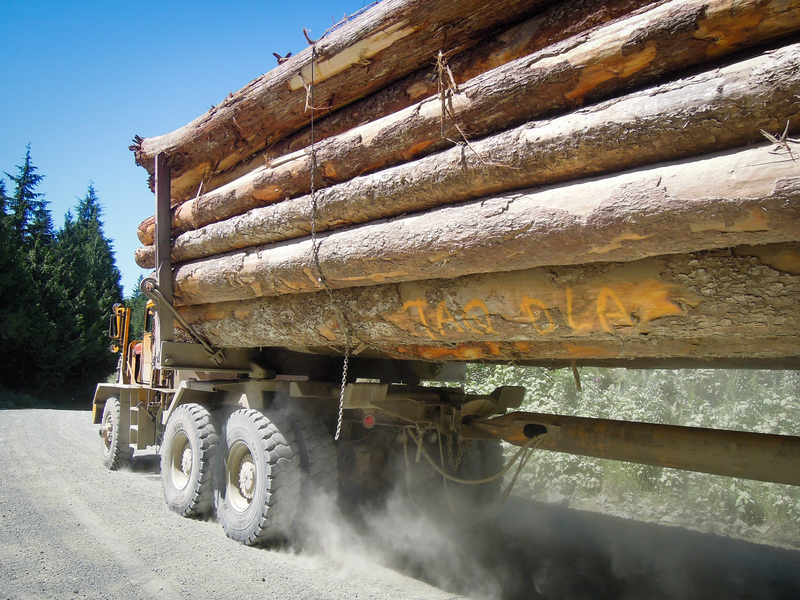 The pulp and paper sector has historically been associated with deforestation risks – particularly in southeast Asia. Now, with increasing demand for paper-based packaging and for wood fibre for non-paper products, what are the new pressures on the industry’s supply chains?

While the emergence of the digital economy has seen paper consumption for printing and newsprint decline, packaging, which currently represents around 55% of total consumption of paper and pulp, is on the up. More than two billion trees are now logged every year for packaging alone.

The growing backlash against plastic has put wood-pulp-based packaging in the spotlight, with brands and their suppliers actively turning to paper and paperboard. Paper and board accounts for around a third of the world’s growing packaging market, a global sector estimated to top $1tn by 2021.

In total, WWF expects annual paper demand to rise to around 490m tonnes over the next few years – the virgin pulp component in this accounting for over 40% of industrial harvested forests – and speculates that it might rise to as much as 800m tonnes by 2050. And much of this consumption is being fuelled by demands from China, Asia and Latin America.
Packing innovation

Liz Wilks, director of sustainability for Asia Pulp and Paper (APP), highlights that increasing requirements for the education sector for books and other materials is driving demand for paper in southeast Asia, while also acknowledging that “packaging is increasingly important”.

Wilks is encouraged by the current innovation in the packaging sector, which is demonstrating “an ability to transform packaging products for the better”. She cautions though that change will not happen overnight given that changing packaging requires “a rethink in the terms of the machinery used, the shelf life of the product, the logistics of protecting the product as well as the consumer perception”.

Momentum is also building around non-plastic packaging as part of brand identity. US paper products company Sonoco’s packaging for German brand mymuesli is 90% paper with only the lid being plastic. Beyond sustainability, the business is targeting ease of use and a natural look. “We’re really trying to emphasise the natural contents of the product inside,” says Sean Cairns, Sonoco’s general manager, no doubt encouraged by research claiming consumers are more likely to buy organic, premium brands if the packaging is “natural-looking”.

The effect of this is, of course, to put more strain on pulp and paper supply chains, and deforestation risks.

Indonesian paper giant APRIL Group’s director for sustainability and external affairs, Lucita Jasmin, is more upbeat however, arguing that the possibilities from innovation in new product development, including from what is currently waste is “very exciting”. She says that “with the right innovation, we may not necessarily find that [a] shift from fossil fuel based products towards renewable, bio-degradable materials will cause pressure on the supply of sustainable fibre”.

But there is certainly an increasing demand for human-made cellulosic fibres, made out of chemically processed dissolving pulp. Cellulosics – such as viscose, rayon, lyocel, modal, and trademarked fibres such as Tencel – are commonly used by clothing manufacturers. “The volume of trees used to make textiles is slated to double within the decade, compounding [the] stresses from packaging, tissue, paper and solid wood,” says founder of forests NGO Canopy Nicole Rycroft, who campaigns to highlight the apparel sector’s deforestation risks.
What is sustainable?

The relative sustainability of pulp and paper is complex and depends on the region from where the raw material is coming. It is not just about whether logging should be allowed to happen, rather it is about how much logging should be considered sustainable and from where.

The European Federation of Corrugated Board Manufacturers says that 70% of the wood entering the European paper sector supply chain is from certified forests, and that forested areas in the continent increased by 44,000 square kilometres between 2005 and 2015. EU timber regulations mean that only wood from sustainable sources is permitted to enter European supply chains. The picture is similar in north America – industry group Two Sides says that forests in the US grew by over 50,000 square kilometres between 2005 and 2015, and that there are 20% more trees now in the US than in 1970.

Certification schemes, of course, notably the Programme for the Endorsement of Forest Certification and the Forest Stewardship Council, have been set up with strict chain of custody procedures. Around 300m hectares of forests are managed under PEFC’s benchmarks. And almost 196m hectares of forest is now FSC-certified (up from around 180m five years ago). Recent years have seen an increase in certification of the boreal forest regions, across Canada, Russia and Scandinavia. In total, some 12% of the world’s forests are currently managed under a certification scheme.

This has improved practices on the ground, Rycroft says. But it has not changed the pattern of continuous expansion of logging into previously unlogged forests. “Right now, there is a high volume of fibre entering the [viscose] supply chain that is coming from ancient and endangered boreal forests – forests which are intact, provide habitat for species at risk, and store high levels of carbon,” Rycroft says.

In the tropics, most wood pulp comes from plantations. While some of these are being managed well, including under FSC criteria in several countries, clearance of native forests for pulp and paper plantations continues to drive deforestation and the inevitable social conflict that ensues.

WWF’s Living Forest report series has shown the pulp and paper industry to be a driver of deforestation and degradation. In its assessment of 11 at-risk-of-deforestation areas, although pulp is not classed as a primary cause of deforestation, it is relevant in five of them, including the Indonesian island of Sumatra.

As is often the case, stricter corporate procurement policies may well be what is necessary to fill the gap.

Many big paper companies, including Indonesia-based APP, have been linked to deforestation. APP is now actively working, since a change in policy in 2013, to source only from sustainable plantations. But the problems are complex. The company’s Forest Conservation Policy is designed to address the landscape-level challenges faced by a range of commodities, including rubber and palm oil.

The supply chains are intertwined so when it comes to tackling the risks, they need to be “tackled in partnership with one another,” APP’s Liz Wilks argues. While certification has been around for a while, she says that it is corporate zero deforestation policies that “go a long way to address” the challenges.

APRIL’s Lucita Jasmin says that the safeguards for sustainable fibre production are “well in place” and that companies “are generally upholding their commitments to no deforestation”. That said, Jasmin accepts that patterns of consumption and production “will have to change and we all need to adopt circular economy strategies that are designed to waste less and recycle more”.

Increasing pressure on forests will exacerbate growing biodiversity crises. And the loss of ancient and endangered forests, much of which is capable of storing more carbon, could undermine efforts to combat climate change.

“Humanity is smarter than needing to use ancient and endangered forests to make pizza boxes, t-shirts or magazines,” adds Rycroft. Instead, a new generation of solutions is required. For example, work is under way to explore making pulp for paper from agricultural residues such as wheat and flax straw, banana stems and pineapple tops left after the food harvest and from used clothing and textiles for viscose.

But inevitably the pressure will be on the traditional pulp and paper sector to meet the increase in demand – and how this can be done sensitively remains unclear. Jasmin says that supply chain traceability and compliance “continue to be strengthened” and points to “continuing investments in sustainable intensification to increase yield and productivity”.

In addition, a focus on innovation, new materials, tougher corporate policies, and a willingness to take a landscape approach and collaborate across supply chains appear to be critical.

This story is updated from the originally published version, and includes more detail on regional variation in the pulp and paper sector.