Plastic pollution solutions still just a drop in the ocean 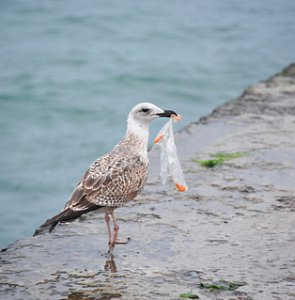 Single use that lasts forever

Innovative use of beach plastic is welcome, but the most effective – and simple – answer requires a shift in existing consumption-based business models

The problem of plastic filling our oceans has been well documented, with the World Economic Forum’s prediction that, pound for pound, there will be more plastic in our oceans than fish by 2050 dominating the narrative. But the situation does not seem to be getting better because plastic production continues to rise and our efforts to dispose of it are not fit for purpose.
The worldwide use of plastic has jumped 20-fold in the last 50 years, and is set to double again in the next 20. By the middle of the century, if trends continue we could be producing more than three times as much plastic – used in everything, from car making, to packaging – as we did in 2014.
At the end of life, a third of all plastics produced do not go through proper collection systems, and much of that ends up in ocean ecosystems or washed up on beaches as a stark visual representation of the worst form of human impact on the natural environment. About 8m tonnes of plastic waste ends up in the oceans every year.

The computer giant Dell is the latest company to attempt to find a solution to the problem. In Haiti, it is making use of plastic litter picked up from the beaches and it is turning it into recycled packaging. So, anybody buying a Dell XPS 13 laptop will receive it packaged using a tray that is 25% ocean plastic. The company is even putting an image of a whale on the boxes to make the link to the ocean plastic waste story, and hopes to take around 8,000 kilograms of plastic out of oceans and off beaches this year.
Oliver Campbell, Dell’s director of procurement and packaging innovation, says that the business is making use of a budding industry of people collecting plastic waste on beaches across southeast Asia – a practice he hopes will come to a natural end once effective waste management infrastructure is in place that will stop plastic being swept out to sea. “At that point, we’ll go on and innovate around something else,” he says.
Dell’s ambitions for the pilot project appear strong. But is it really a solution that can scale to have the right impact? More than 5 trillion pieces of plastic float in the world’s oceans, breaking into smaller pieces; removing them before they impact ecosystems is no mean feat.

Dianna Cohen, CEO and co-founder of the Plastic Pollution Coalition certainly applauds Dell’s “pioneering new solutions” to reduce ocean plastic pollution. But she doesn’t see it as a long-term solution. She argues that the problem with making all of our consumer goods from plastic and recycled plastic is that it creates more demand for it, allows business as usual, and does not contribute to source reduction.

Cohen points out: “Recycled plastic items will again become a waste issue; the plastic will photo-degrade over time, breaking into micro-plastics that will again poison our oceans and make their way up the food chain.”

Instead, there is a call for stemming the flow of plastic getting into our oceans in the first place, with governments and businesses working together to produce less plastic and finding alternative materials for manufacturing and packaging.

Public policy, such as local plastic bag bans or a tax on their use can play a crucial role too, both in holding companies to account and by helping to change consumer attitudes to the problem. Switching out single-use and disposable plastics for more renewable materials will also contribute to healthier oceans.

So while Dell using Haiti’s beach plastic certainly can help, the real solution is companies committing to reducing the use and production of plastics in the first instance. Promoting circular economy thinking and design, by creating products that are designed with their end of life in mind from the outset, is one way forward.

In simple terms, as Cohen concludes: “Companies should review their overall plastic footprint and reduce wherever possible.” After all, that’s the starting point for any realistic and effective solution to plastics pollution, but it will require real corporate innovation, and a shift in business models, to achieve it.

Join business experts, leading NGOs and thinkers to debate how and why business must tackle ocean plastics pollution in London on 26th-27th October. Full details, including discounted passes, available here.