Progress in Bonn, but the job is not done 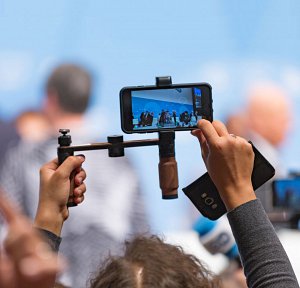 While COP23 was certainly a (qualified) success, the necessary pace of change is still lacking

Conflicting headlines predictably emerged as the UN climate change meeting drew to a close. However reporting on COP23 – the second conference of the parties since the Paris Agreement was struck in 2015 – was fair, referencing both “solid” and “slow” progress in equal measure.

Held in Bonn, though chaired by the tiny island nation of Fiji, the meeting was always likely to be a technical affair, with nations and other representatives thrashing out the details of how the Paris Agreement would work beyond 2020.
Largely, it would seem, that was achieved. Negotiating the so-called Paris Rulebook, the countries now have in place a batch of informal papers looking at all of the key issues for mitigating and adapting to the changing climate, including finance, reporting and transparency.

If 2017 was all about getting everything down on paper in long-form, 2018 will be about editing the text into something more useful, with the final rulebook set to be finished this time next year at COP24.

However, the raw and unwieldy nature of the rulebook texts in their current, unofficial status leaves them wide open for additions, subtractions or major edits. The job is far from done.

The other big news to emerge was an agreement as to the terms of the 2018 facilitative dialogue – the first of a five-yearly stock-take on the climate action and ambition of each nation. Now officially called the Talanoa Dialogue, the process is designed to determine the next round of national determined contributions (NDC) that countries will submit in 2020.

Importantly, businesses, cities and states will be able to feed into this process from now – something which could be crucial if ambitions are to be ratcheted up beyond what is currently being committed, every five years.

Elsewhere, the UK and Canada launched the Powering Past Coal Alliance, which saw more than 20 nations and a number of subnational players coming together to push for a phase-out of coal. The alliance says that this is needed no later than 2030 in the OECD and across the EU, and by no later than 2050 in the rest of the world if the terms of the Paris Agreement are to be met.

The fact that signatories are not committed to a specific phase-out date or to end the financing of coal power stations – and the fact that many of the big coal countries like Germany and China did not sign up – means the alliance may struggle to achieve its aims.

Of course, this was the first COP meeting since the Trump administration announced plans to withdraw from the Paris deal. On the second day in Bonn, Syria pledged to sign the agreement, leaving the US as the world’s only nation not honouring the deal.

However, an official US side event attempting to promote the benefits of coal aside, Trump’s delegation did not seem to rock the boat. “[This] could be interpreted as a sign the UN process can continue just fine without active US engagement. It would, however, be the wrong conclusion to draw,” says Damian Ryan, The Climate Group’s director of strategy and impact.

While the US business community attempted to fill a void left by US negotiators, Ryan says the lack of a powerful US voice will have consequences. “The extent to which parties will seek to re-open previous discussions remains to be seen.” For now, the UN process is under pressure, he says, pointing to the fact that some nations will not submit revised NDCs in 2020, something that is crucial if we are to avert the worst impacts of climate change and stay within the 1.5C of global warming.

Yet the handful of big ambitions made by companies during the two-week gathering were not insignificant. Should many more companies begin to collaborate, such as Barry Callebaut, Mondelez and other big players in the chocolate sector work together in scaling up a commitment to deforestation-free cocoa sourcing, collective corporate action could well be more effective than any incremental emissions reduction goals set by any one nation.
Finance wrangling
As in previous years at COP summits, fighting about who is going to pay for what pushed proceedings into over-time.

Article 9.5 of the Paris deal focuses on how developed nations report on the finance that flows to developing countries in a bid to improve forward planning and to help with the drawing up of climate plans. Developed countries claim that the demands of 9.5 go beyond what was originally agreed. Now, more time will be needed to discuss further before COP24.

Another finance-related sticking point was a lack of agreement as to what would happen to the Kyoto Protocol-connected Adaptation Fund, set up to support small-scale projects. In the end, it was agreed the fund would shift to support the Paris Agreement.

Interestingly, a key COP23 side event highlighted human rights as an issue that ought to be better integrated into the climate action narrative.

For the most part, the rights of indigenous people, for example, were not included in the operative text of the Paris deal. Women, the impoverished, children, and the disabled are those said to be most vulnerable to climate change, displaced by related weather events and by land conflict disputes.

The resolution on human rights and climate change, formulated by the UN Human Rights Council earlier in 2017, designed to address cross border migration, is an important first step. But there will almost certainly be further discussions as to how protecting human rights, particularly in developing nations, becomes part of the climate action commitment process in the future.

Overall, while there was progress, COP23 left many frustrated at the pace of finalising a plan to take the world beyond 2020.

Some issues, such as accounting for emissions from fuels in the aviation and maritime sectors, and devising common metrics in the measurement of greenhouse gas emissions, reached a positive (if draft-form) conclusion. But the general feeling is that – as California governor Jerry Brown put it – the UN process continues to take “baby steps” in the right direction– which may, or may not, ultimately be enough.


Innovation Forum produces a number of tailored in-depth briefing for clients and partners. For more information about what IF can do for your organisation click here to get in touch.